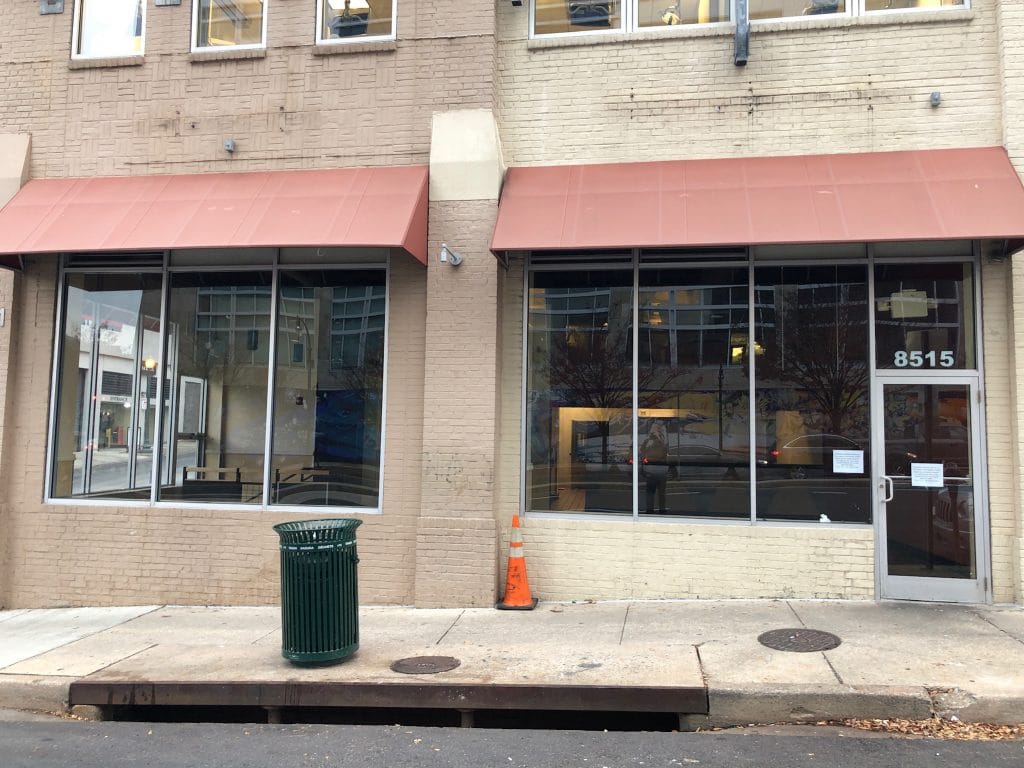 Qdoba Mexican Eats on Colesville Road in downtown Silver Spring has permanently closed, according to a sign posted on the front door.

A view from the street shows an empty store, the fixtures and equipment gone.

The sign indicates that at least some of the staff may have gone on to work at other locations; the closest ones are on Tech Road off of U.S. 29 north, and in Rockville and Hyattsville.

The company has seen slumping sales in the last year or two. The chain of more than 700 stores nationally was sold earlier this year by parent Jack in the Box to Apollo Global Management, a private equity firm.

Same-stores sales were down 3 percent in fiscal 2017, and the company lost about $600,000 in the first quarter of 2018, hurt by rising wages and a recent 50 percent increase in the cost of avocados, among other challenges. 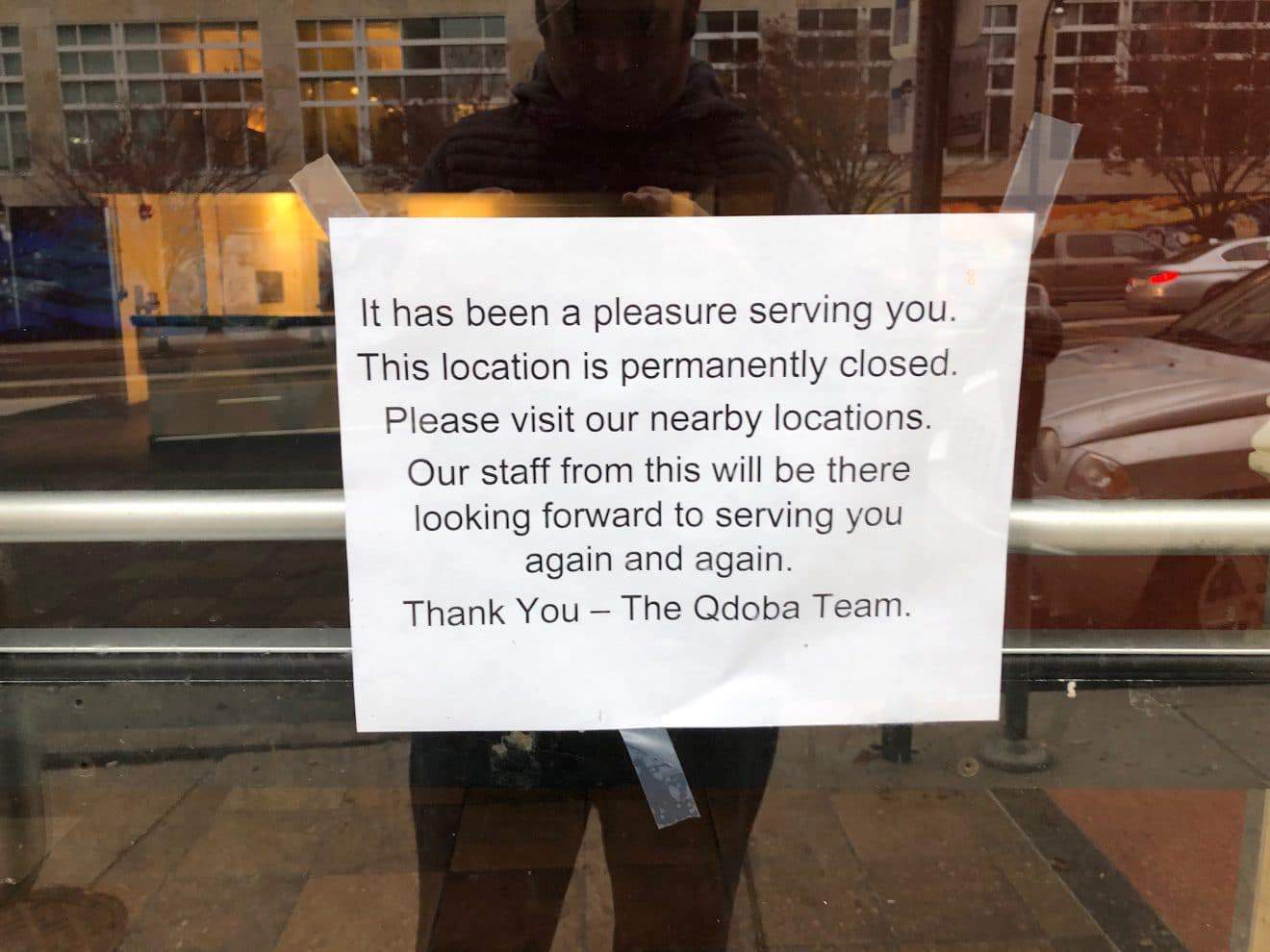