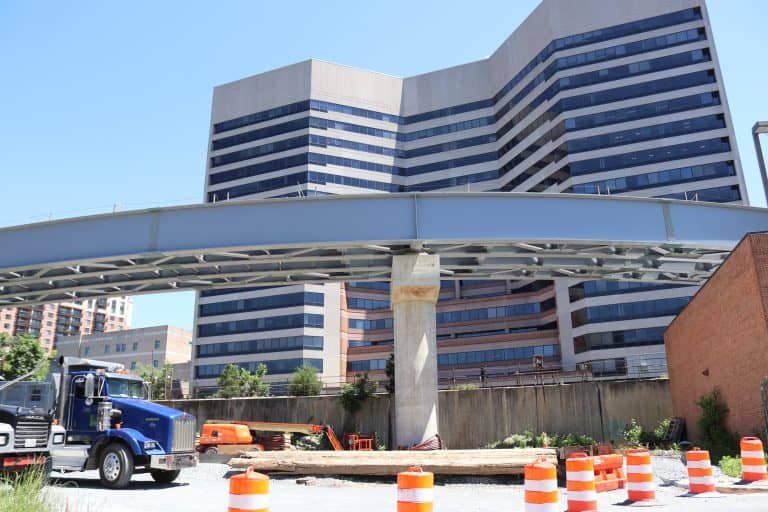 The State of Maryland and its partners – Meridiam, Star America, and Fluor – this week announced they had reached a $250 million agreement that settles all outstanding financial claims and terminates the current litigation between the parties regarding the Purple Line project.

As part of the settlement agreement, Fluor, the managing partner part of the design-build team, will no longer be part of the project, according to an MDOT press release. The Purple Line Transit Partners P3 Agreement will proceed with just Meridiam and Star America as P3 developers and equity partners.

“This agreement is a major step toward completing the Purple Line, a transformative project for our state and the region,” said Governor Larry Hogan in a statement. “I would like to thank Greg Slater and our partners at Meridiam and Star America for coming together to find a path forward that will lead to a new contractor. We continue to make progress on all of the highest priority transportation projects across Maryland.”

If approved by the Maryland Board of Public Works (BPW), Meridiam and Star America would initiate a new design-build contractor’s solicitation in coordination with the Maryland Department of Transportation (MDOT) and Maryland Transit Administration (MTA). In the meantime, MDOT and MTA will retain hundreds of contracts and purchase orders to continue work on the Purple Line project.

“Today is a great day for everyone with a stake in the Purple Line’s success but most especially for the people of Maryland. On behalf of my colleagues at Meridiam and our partner, Star America, we express our thanks for the resilient partnership we share with Governor Hogan, with Secretary Slater and the MTA,” said Jane Garvey, Chairman, Meridiam North America and Chairman of the Purple Line Transit Partners Board. “The months of challenging but always good faith negotiations, led by Secretary Slater, have paved the way for an agreement that will allow the project to move ahead. We look forward to our continued partnership with Governor Hogan’s team and with Secretary Slater in delivering what is a critical project for the citizens of Maryland.”

“Star America is proud to have worked alongside our partners, Meridiam and the State of Maryland, to find the path to continue our partnership,” said Christophe Petit, President of Star America Infrastructure Partners. “We look forward to working together to select a new design-builder, reducing the risks to that completing contractor and rebuilding our operations and maintenance team to ensure the successful completion of construction and the long term operation of this important piece of the transportation system in Maryland.”

“When you are trying to solve complex issues, collaboration is the key. In big projects like this, there are challenges you will encounter, and it takes a good partnership to work together productively on solutions,” said Transportation Secretary Gregory Slater. “Even in the most challenging parts of the negotiations, Chairman Garvey and I spoke every day focused on coming together to deliver this project for the citizens of Maryland.”

We reported earlier this month that the Maryland Department of Transportation (MDOT) announced that MDOT and MTA had assumed many of the Purple Line’s contracts, including the manufacturing of light-rail cars, operations, and maintenance well as design and construction contracts. Included was Capitol Heights contractor Pessoa Construction, which has been performing utility relocations along Wayne Avenue in Silver Spring and Kenilworth Avenue in Riverdale for the light-rail project.

According to Bethesda Beat, the MTA in August filed a lawsuit in Baltimore City Circuit Court. A judge issued a temporary restraining order to keep the workers on the job through September 14. The state had sought an injunction to keep PLTP from leaving the job, but on September 10, Judge Jeffrey Geller denied the state’s request, allowing the workers to leave the job. PLTP filed a countersuit on September 15, claiming the government breached its contract and caused cost overruns and project delays. PLTC halted construction later that month.