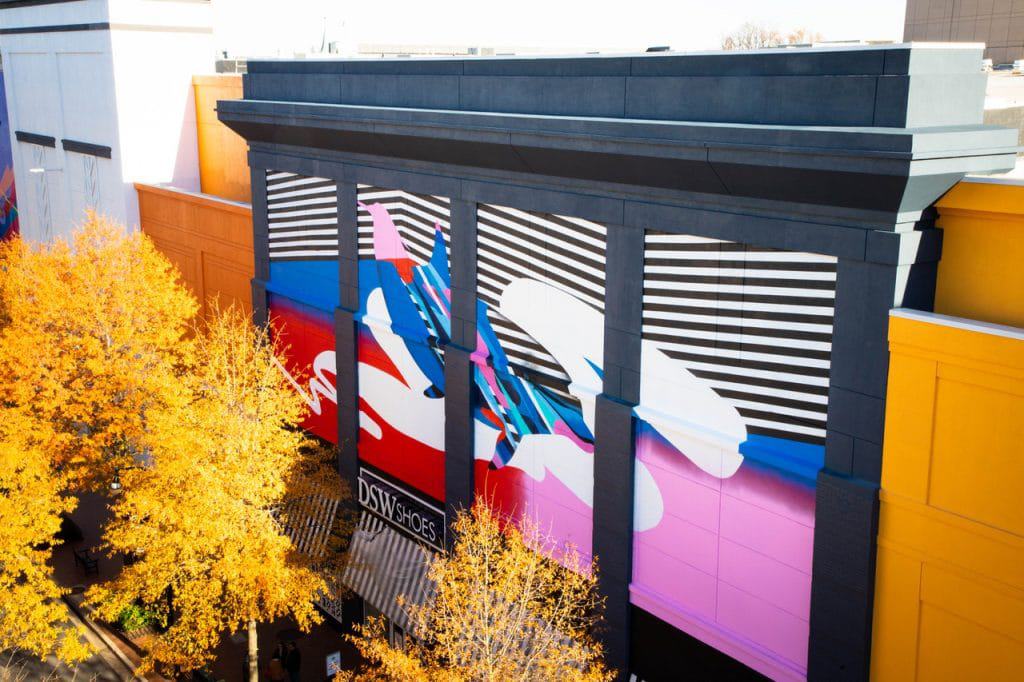 A public art project that’s part of a $10 million renovation of Downtown Silver Spring has been completed.

The collective is Brandon Hill and Peter Chang, who run a design-build studio, creative agency and events production company.

The two create pop-up shops, pop-up exhibitions, and provide art direction, signage, custom and commercial artwork, among other projects. Their work has been featured at The Wharf, Nationals Park and other locations.

A Polish-born artist known only as 1010 created one of the murals included in the Silver Spring project. Now based in Hamburg, Germany, he is known for his wall murals that portray hyper realistic motifs of cave forms.

James Bullough created the third mural. He is a native of Washington, D.C. and currently works in Berlin. Among his influences was the urban graffiti he saw while growing up in the city.

The work on the shopping complex includes new paint on other buildings. Other plans, unveiled at a community meeting in September, include permanently closing Ellsworth Drive, a reconfigured Fountain Plaza, and outdoor seating in the Gateway Plaza.

Top photo of mural by No Kings Collective. Click on the images below to enlarge. All photos by District Dodger.