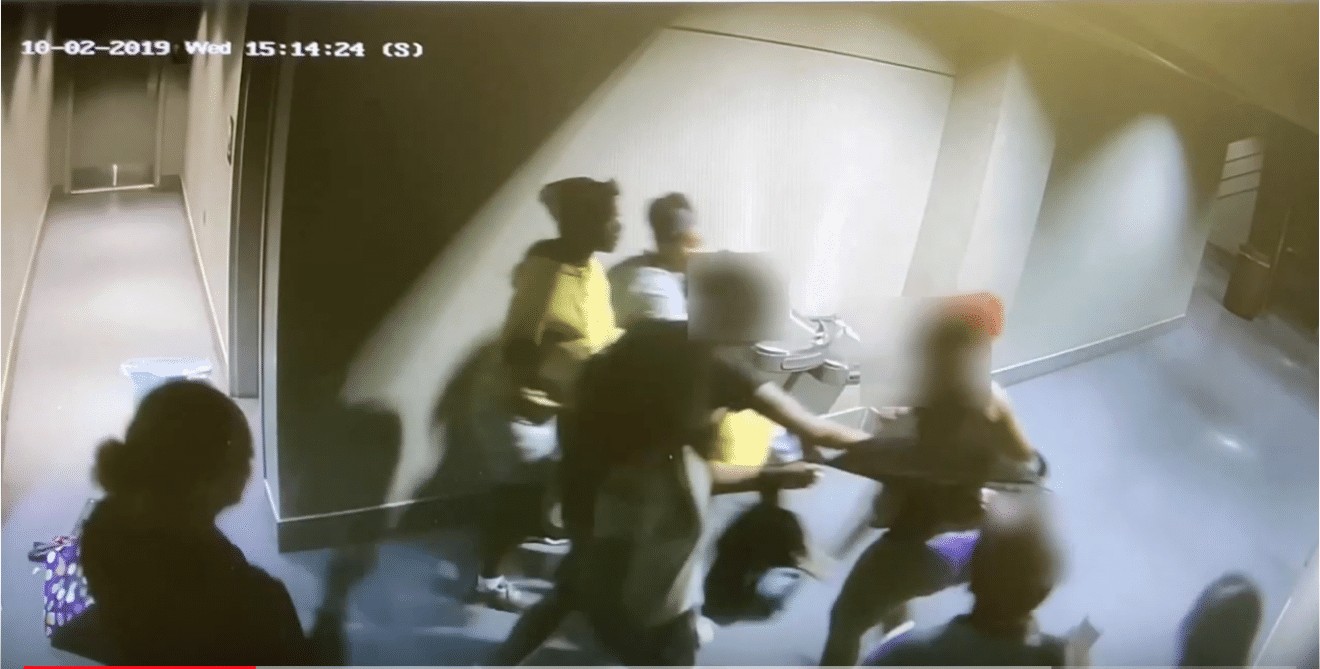 Detectives with the 3rd District Investigative Section are asking for the public’s help to identify six suspects in an assault and robbery of two female juveniles inside Ellsworth Place.

The incident took place in mid-afternoon on Oct. 2, when a 16-year old and a 17-year-old were inside a fourth-floor mall restroom and were confronted by the six suspects.

“The suspects began to assault the two victims and when the victims attempted to exit the bathroom, the suspects continued the assault and stole property from the victims, according to a press release. “The suspects then fled from the mall.”

Investigators have released photos and a surveillance video of the suspects and are asking anyone with information regarding the incident or the suspects involved to call the 3rd District Investigative Section at 240.773.6870.