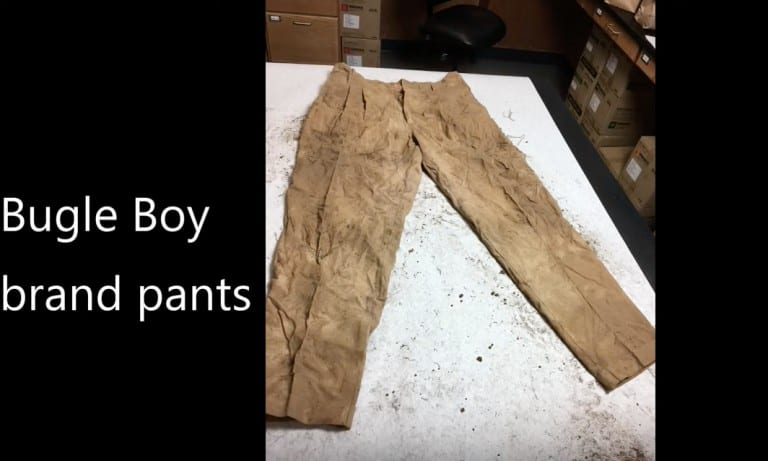 County police are asking for the public’s help to identify some personal items discovered in what the department describes as “a suspicious situation.”

The items, which include clothing, were found buried in late summer of last year in Nolte Local Park at 200 Denver Rd., according to a department press release.

“Detectives were notified by personnel working in the Nolte Local Park that they had found a small section in the park that appeared to have been recently dug up and then re-covered with dirt,” the release said. “During the initial investigation, investigators unearthed various personal items, to include clothing, that appeared to date back to the late 1990s and may belong to various individuals.”

Detectives from the Cold Case Unit believe the items have been buried for several years but the hole in which they were found had been recently disturbed. The department released a series of photos of the items, which include a pair of Bugle Boy pants, remnants of clothing with a Walt Disney World tag, a belt, a heart-shaped pendant and other things.

The activity building at the park was demolished last spring to make room for a community garden.