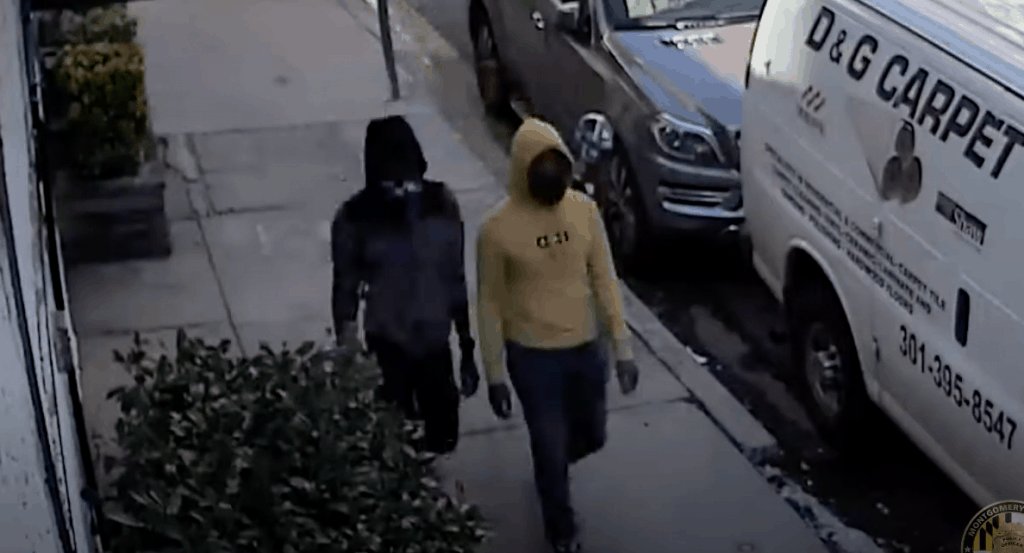 “[T]wo suspects approached her, grabbed her, and stole her handbag,” according to a department press release.

The video of the suspects running away after the robbery was recorded by an area business’ camera.

The department asks anyone who can help to call detectives in the 3rd District Investigative Section at 240.773.6870.

Screenshot from video released by MCPD