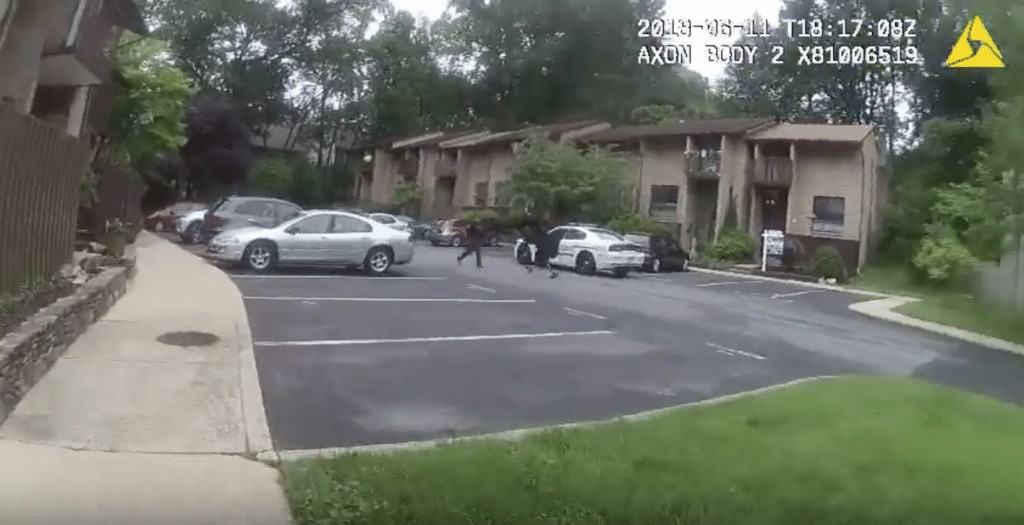 The body-camera videos from the officers involved in the June 11 shooting death of Robert White have been released by the Montgomery County Police Department.

The videos come from the cameras worn by Office Anand Badgujar, who fired the shots, and an officer who responded as back up.

In the Badgujar video, he initially calls for White, who he refers to as “big man,” to stop and White keeps moving. White then stops to take a swing at the officer, and runs off. Badgujar pursues White and says on the video that it may be a case of “suicide by cop.”

Later, White, near one of the police cars, looks back and sees Badgujar pointing his gun. White is heard shouting, “Do it! Do it!” turns his back on the officer and keeps moving away.

The officer continues to follow White, at one point saying several times, “Sir, I do not want to shoot you” while White again shouts, “Do it!”

A few moments later, White turns on the officer and rushes him while repeating, “Do it! Do it!”

Badgujar then begins firing, and White goes down in a parking lot.

On Monday, the Howard County State’s Attorney office informed the Montgomery County Police Department that no action would be taken in White’s death.

In the press release that accompanied the video, the department included some of the questions asked by the Howard County representatives and responses provided by Badgujar’s attorney, which are reproduced here:

The video, which is graphic, can be seen here.