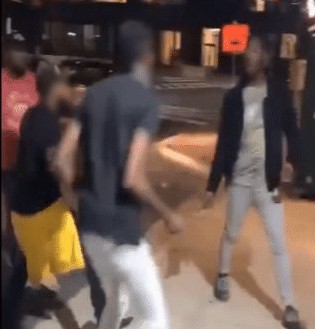 Montgomery County police have released a surveillance photo of two suspects involved in a stabbing that occurred May 8 in the 900 block of Bonifant Street.

Detectives from the 3rd District Investigation Section are asking the public for help in identifying the two men, according to a press release.

The incident took place around 4 a.m. on May 8, police said.

“The victim was involved in a confrontation with one of the suspects outside of a commercial establishment in the 900 block of Bonifant Street,” the release said. “A few minutes later, the victim was approached by the original suspect and the second suspect, one or both of whom were armed with a weapon. The suspects assaulted the victim and during the assault, the victim was stabbed by one or both suspects. After the stabbing, the suspects fled the area.”

The victim, described as a 34-year-old male, was taken to Holy Cross Hospital by friends. Hospital staff reported the incident to police, who went to the hospital about an hour after the stabbing.

Anyone wishing to remain anonymous may call Crime Solvers of Montgomery County toll-free at 1-866-411-TIPS (8477), or submit a tip on the web page. Crime Solvers will pay a cash reward of up to $10,000 for information that leads to an arrest in the case.