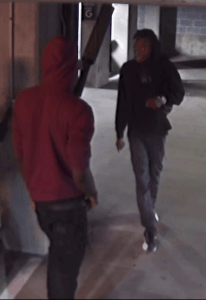 The incident occurred at about 8:49 p.m. Wednesday, Oct. 7 in the 8700 block of Cameron Street, the department said in a press release.

“One suspect assaulted the victim and stole his property, to include car keys,” the release reads. “The suspects entered the victim’s vehicle and attempted to steal it.”

Detectives from the Major Crimes Division have released surveillance photos of two of the three suspects and are asking for the public’s help to identify them.

Anyone who has information about the suspects can call detectives in the Major Crimes Division at 240.773.5100. 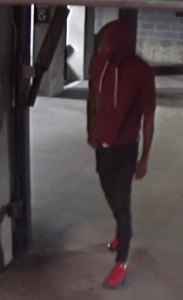