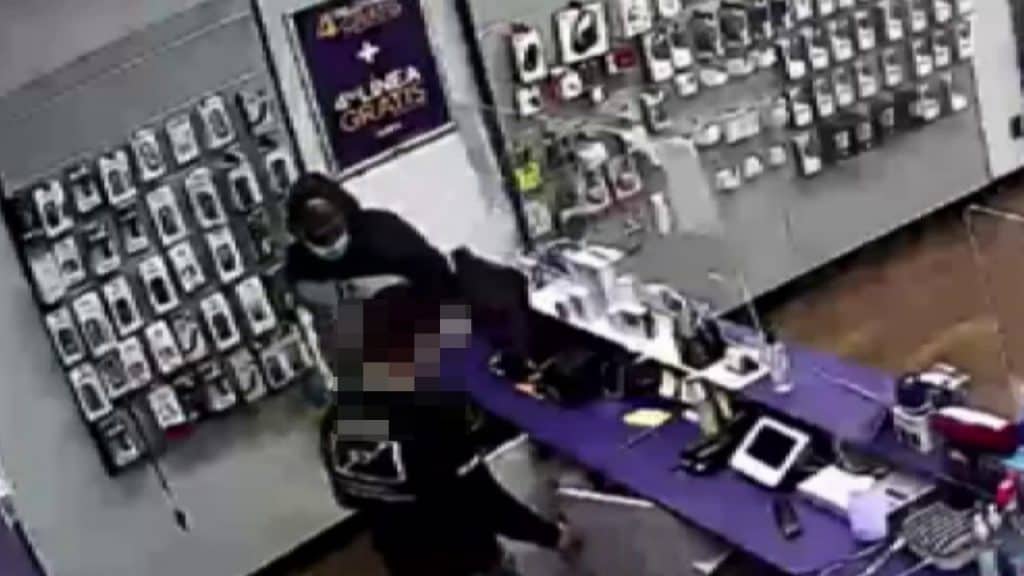 Detectives from the Montgomery County Police Department’s Major Crimes Division that are investigating a November 12 armed robbery of a Hillandale Metro by T-Mobile store have released surveillance video of the incident, and are asking anyone with information about this robbery or suspect to come forward to the MCPD.

According to an MCPD press release, on Thursday, November 12, at approximately 5:50 p.m., officers responded to the report of an armed robbery at the Metro by T-Mobile store located at 10214 New Hampshire Avenue. An investigation by MCPD detectives determined that the suspect entered the store and told an employee that there was something wrong with his phone.  The suspect then told the employee that he had a gun and to give him money.

The employee complied with the suspect’s demand for money and got cash from the register.  The suspect then grabbed the money out of the employee’s hand and ran out of the store.

Anyone with information about this suspect or this robbery is asked to call the Major Crimes Division at 240-773-5100. Those who wish to remain anonymous may contact Crime Solvers by phone at 1-866-411-TIPS (8477), online, or via the Crime Solvers app.  Crime Solvers may pay a cash reward of up to $10,000 for information provided to them that leads to an arrest in this case.