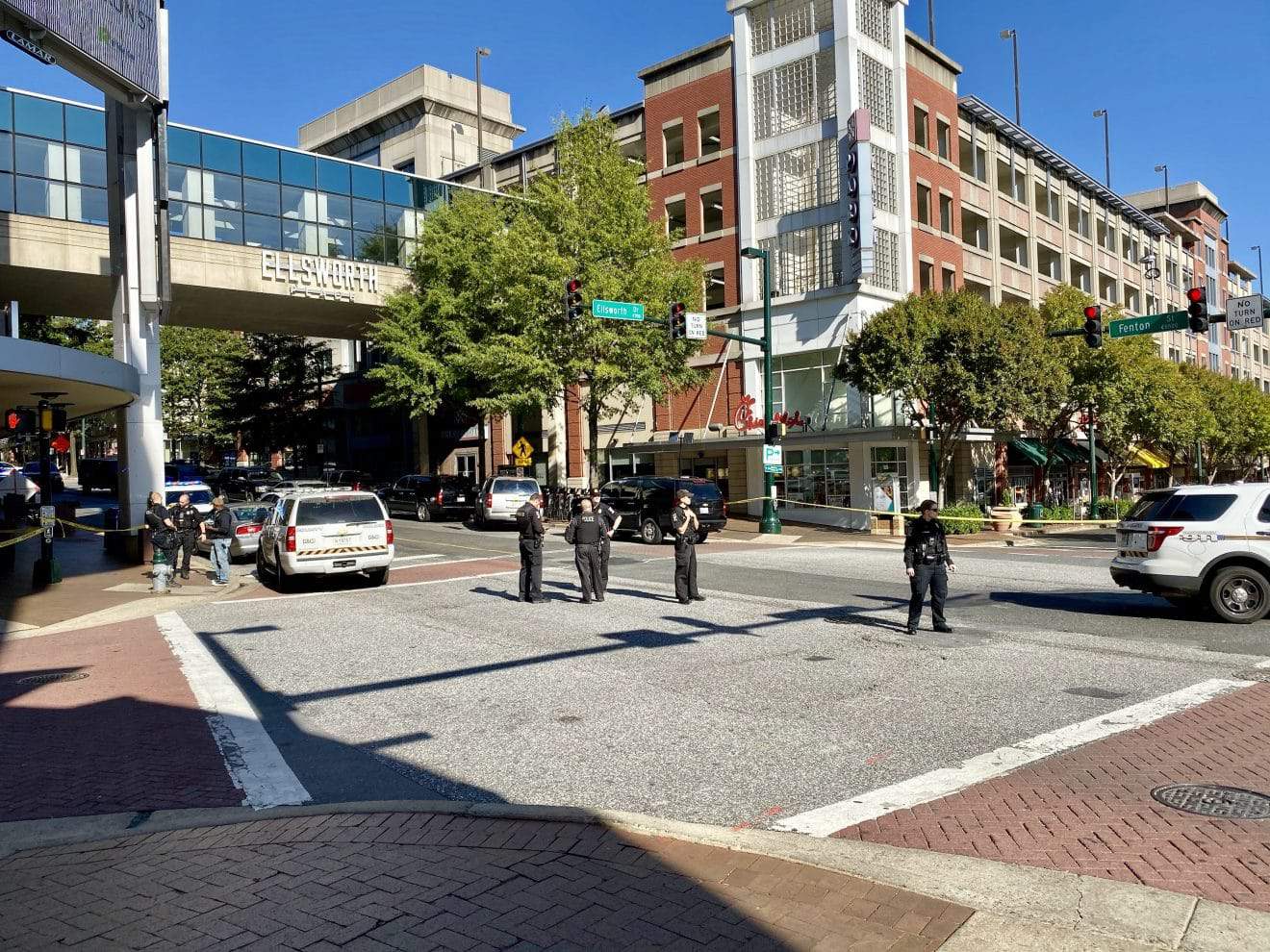 The county police officer that was found shot in the Town Center garage this morning died from his wounds, Acting Police Chief Marcus Jones confirmed.

Speaking at a press conference this afternoon, Jones identified the victim as Officer Thomas J. Bomba, a 13-year veteran of the department.

“Earlier this morning, he called out on the radio that he had encountered disorderly subjects on the top level of the parking garage located at Ellsworth and Fenton Street,” Jones said. “When fellow officers arrived to assist, they found Office Bomba suffering from a gunshot wound.”

Bomba was taken to Washington Hospital Center where he succumbed to his injuries.

The incident remains under investigation, the chief said.

“At this time, we still have a large number of resources on the scene,” Jones said. “We do not believe at this time there is an immediate threat to public safety.”

Officer Bomba’s weapon was the only one found at the scene, Jones said. The department has no suspects and is treating the incident, which occurred shortly before 9 a.m., as a homicide, Jones said, but is looking at all options.

The Major Crimes Division is conducting the investigation and is seeking the public’s help, he added.

The department would like to hear from anyone who witnessed disorderly behavior in the area, or who had any contact with the officer this morning, at 301.279.8000. The department is also looking for any video taken in the area this morning by businesses or other sources.

County Executive Marc Elrich and Council President Nancy Navarro (D-District 4, speaking on behalf of the council), expressed their sorrow and sympathy to the family and the department.

“This is a very difficult job and this is one of those jobs where not everybody comes home when they go out in the morning, and it’s a tough loss for everybody,” Elrich said.

Press Conference Regarding Officer Who was Shot This Morning in Silver Spring. https://t.co/39WiRAB9dW

Photo of officers on duty at the site this morning by David Lay.