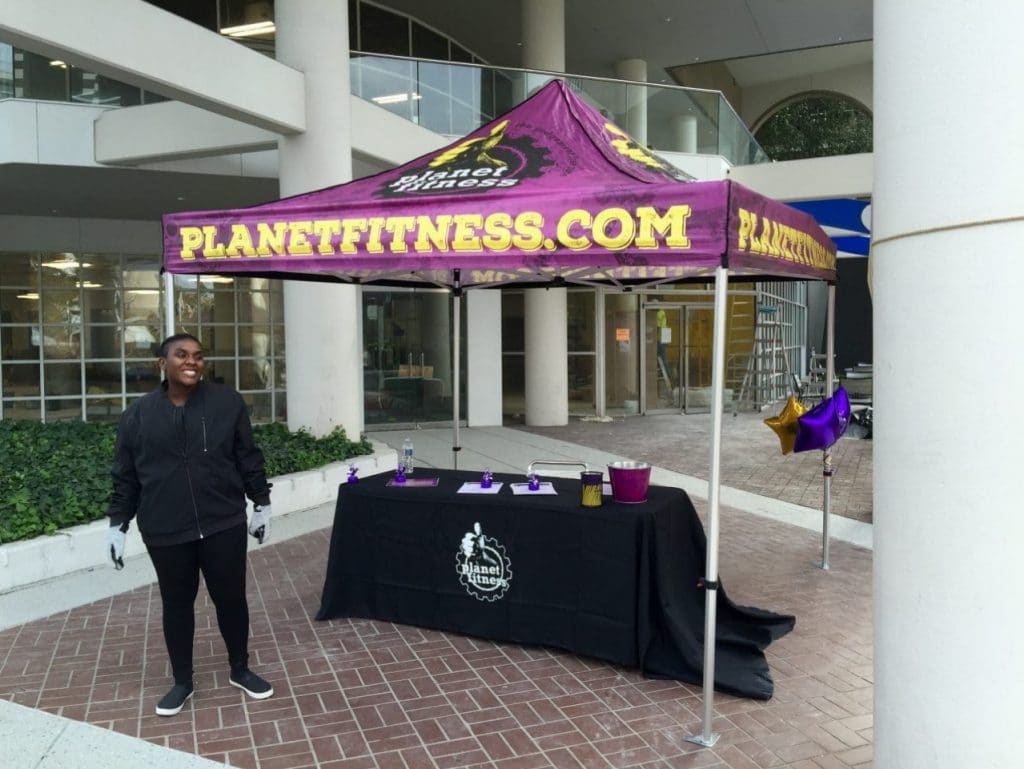 Membership presales are available now outside the planned center. Photo by Mike Diegel.

Planet Fitness will open a two-level facility at 1100 Wayne Ave. and is selling preopening memberships to the fitness center now through Nov. 28.

The first level of membership is $10 a month for unlimited fitness training (with a one-time start-up fee of $1 and a $39 annual membership charge) and does not require a commitment.

The center also offers the PF Black Card level at $19.99 per month (with a $1 start-up fee, a 12-month commitment and a $39 annual fee) that provides members access to additional services such as hydro massage, tanning, massage chairs, guest privileges to any location, and member access to any location in the country.

Presale hours, conducted from a booth located outside the planned center, are 10 a.m.-7 p.m. Monday-Friday and 9 a.m.-3 p.m. Saturday and Sunday. Once open, the center will be available 24 hours a day, seven days a week.

The target date for opening the Silver Spring location is Dec. 10, according to a company representative.

As of the end of September, the company had 1,432 locations (including one in White Oak), all but 58 operated by independently owned franchisors. Planet Fitness is a public company trading on the New York Stock Exchange under the symbol PLNT.