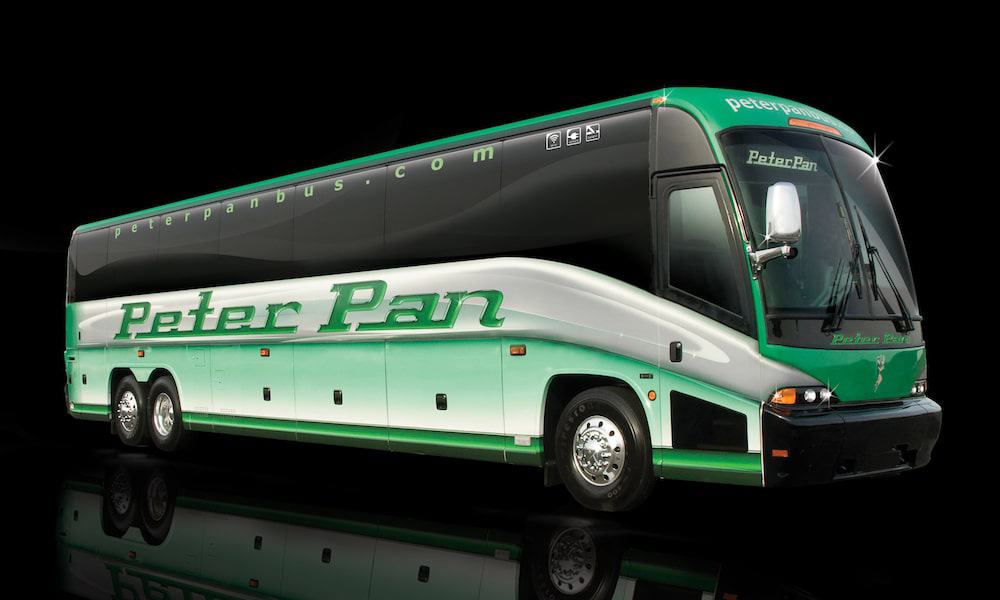 Peter Pan Bus Lines has left its terminal on Fenton Street and is now operating from the Silver Spring Transit Center.

The move, effective Sept. 27, is the result of an end to a 17-year partnership with Greyhound, which was official on the same date.

“We wanted to move in a new direction that we can react to the needs of the customer more quickly,” he said about the split. “We wanted to go to this ticketless—paperless ticket—and that was holding us back a bit with the pooling agreement, because you’d have paper tickets in order to collect your revenue, things like that.

“By doing it this way, from day one last Wednesday on the 27th when we split, customers no longer have to print a ticket at home and bring a printed ticket to the bus terminal,” Farrow continued.

Customers can buy a ticket online or via an app (available only for iOS devices), show a .pdf to the driver who will scan it, and then board the bus.

The third-generation, family-owned company, founded in 1933, will operate on the second level of the Transit Center. The TriPS commuter store also is on that level and is an agent for the line, if customers prefer to buy a ticket there. However, the company encourages customers to buy online and enroll in a frequent rider program.

Peter Pan has eight express departures daily to New York City’s Port Authority Bus Terminal Station at 8th Avenue and 42nd Street from 6:10 a.m. to 5:10 p.m., with one stop in Baltimore. Once in New York, customers can connect to service to cities in New York, Massachusetts, Connecticut, New Hampshire and Rhode Island.

The company currently quotes a $30 round trip to New York City and offers a price guarantee, matching fares for similar service.

However, to mark the move, Peter Pan is offering 50 percent off on fares to Baltimore or New York City. Tickets must be purchased online or through the company’s app using the discount code RIDE50 at checkout. The offer is valid for travel that must be completed by Nov. 12.

Greyhound will continue to operate from 8100 Fenton St., according to Farrow.