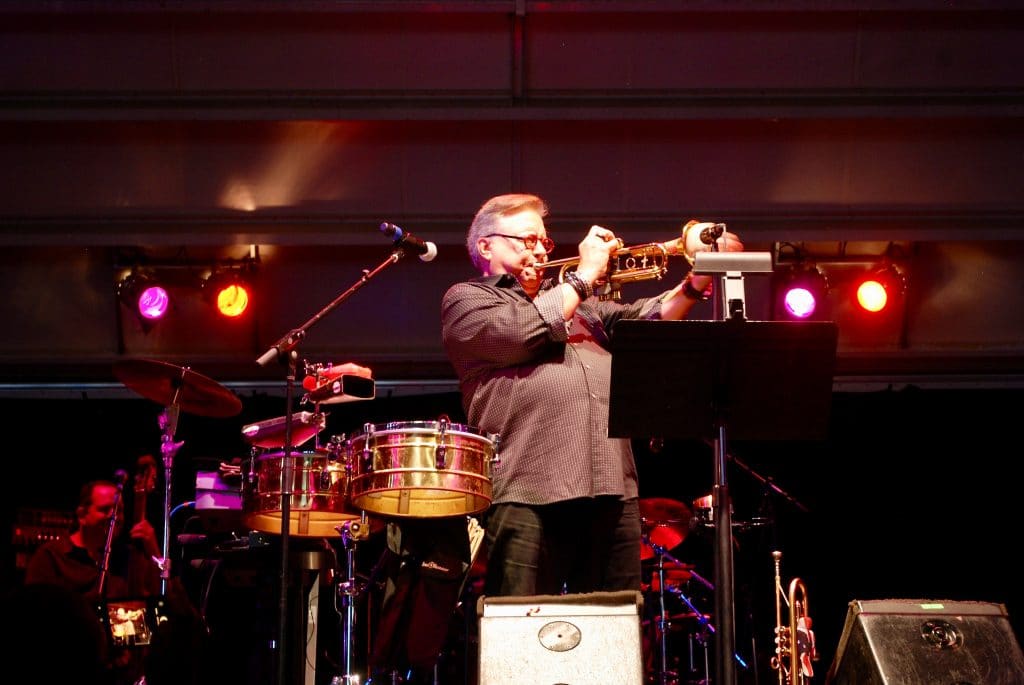 He also proved to be a great entertainer, telling jokes (self deprecating and others), and singing songs such as “When I Fall in Love,” made famous by Nat King Cole (his favorite singer, he told the audience).

Top photo of Arturo Sandoval and all others by Mike Diegel (click on images below to enlarge).