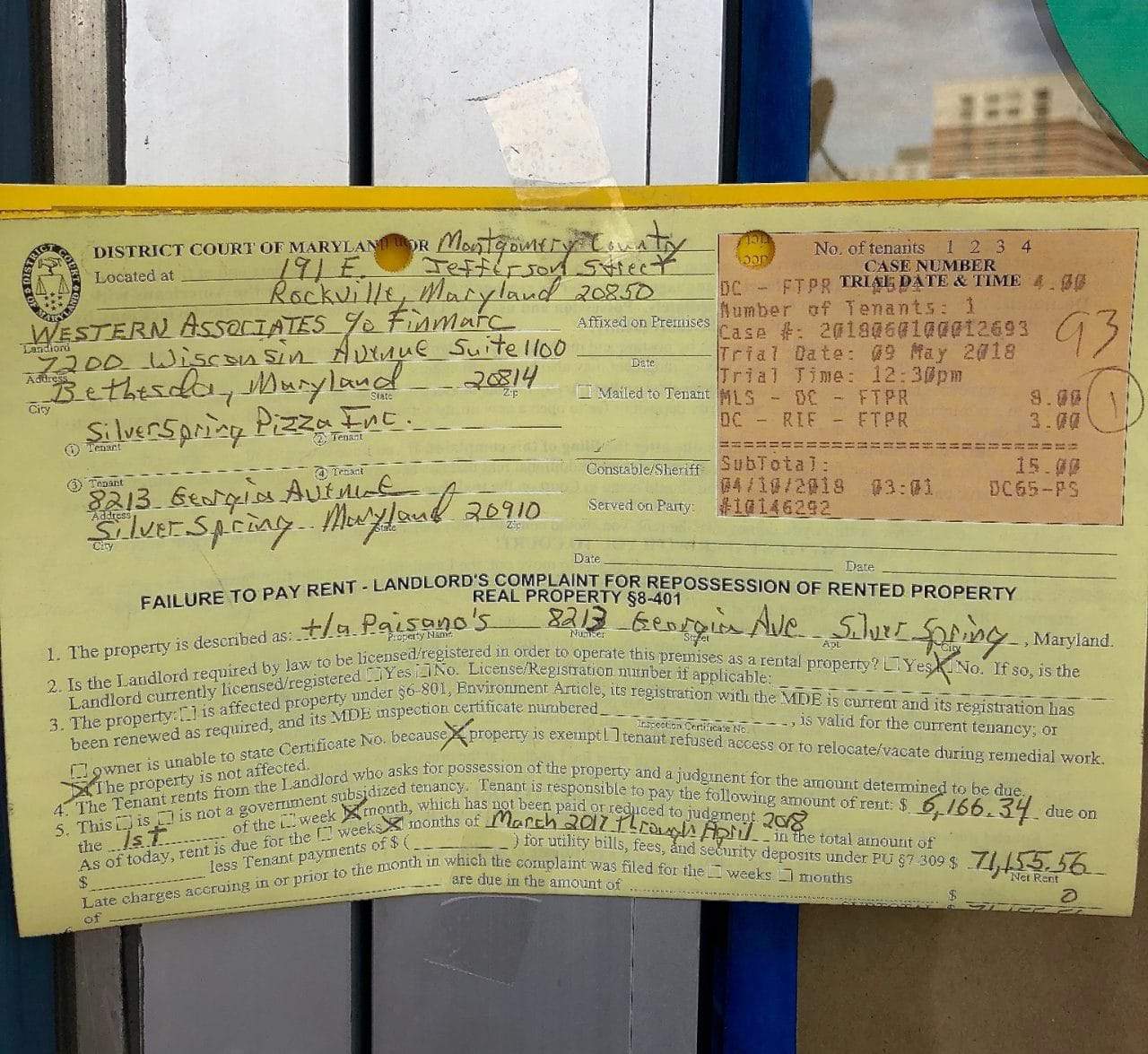 Court notice at the location of a planned Paisano’s restaurant. Photo by David Lay.

A plan to open a Paisano’s Pizza restaurant on Georgia Avenue may not come to fruition, after all.

An entity referred to as “Silver Spring Pizza Inc.” at 8213 Georgia Ave. is being taken to court for failure to pay rent, according to a notice posted at the address.

As previously reported, the northern Virginia-based chain planned to open an outlet at that location, formerly occupied by Radio Shack.

The plaintiff, Western Associates, is claiming the defendant owes more than $71,000 in back rent dating from March of 2017, according to the notice.

A court date has been set for May 9 in District Court in Rockville.

The Source will have more information on this case as it becomes available. 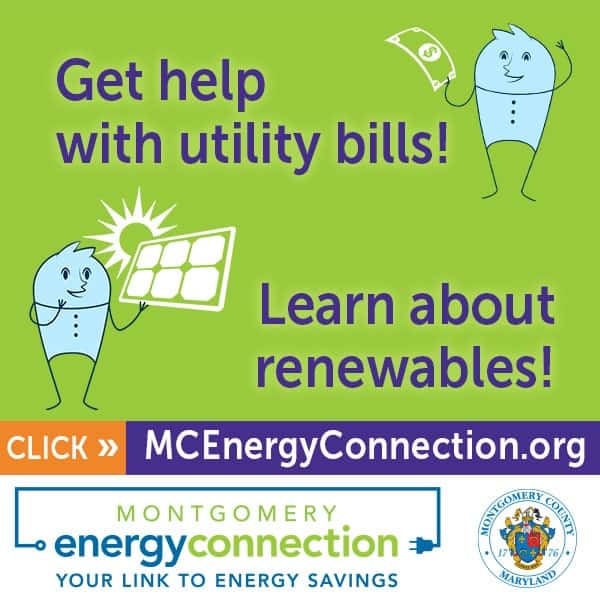 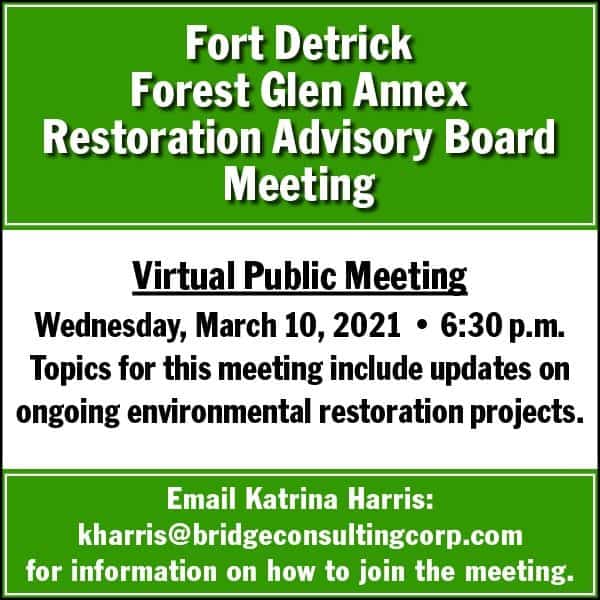