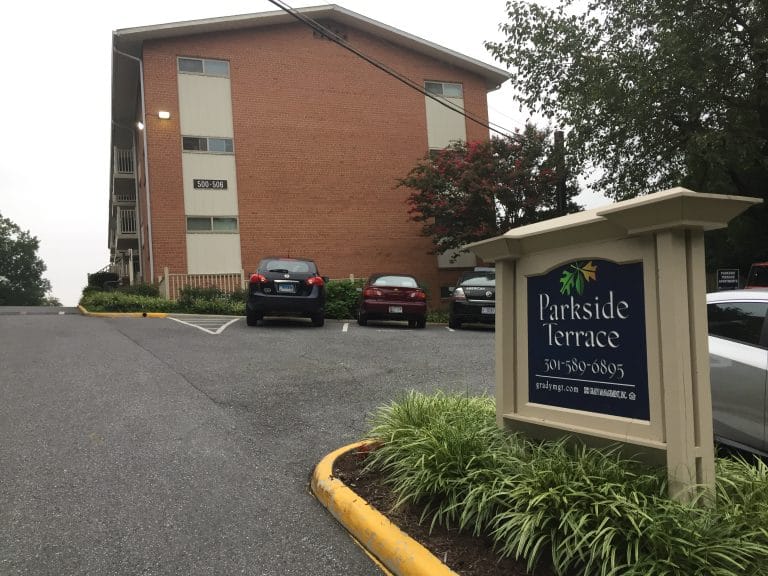 Numerous car break-ins have been reported around Silver Spring, including several overnight at Parkside Terrace Apartments. (Mike Mowery/Source of the Spring)

Over the past week, we have received several reports of car break-ins occurring around Silver Spring, including several at Parkside Terrace Apartments overnight, as well as on Easley Street.

On a local listserv this morning, Lynn Koiner wrote: “This morning I discovered that someone got into my car and pulled everything out of the glove compartment.  Nothing was taken.  They got in on the passenger side since this door was not completely shut. They tried to get into the back of the truck as one lock was turned open but they did not get in and take vegetables.”

Koiner Farm was also hit yesterday as part of yesterday’s attempted break-ins, and several boxes of figs were stolen from their truck last week.

“I just talked with Det Hughes and she said to encourage people to report the car break-ins at 301-279-8000 which is a non-emergency police number…or call 911,” Lynn said.  “She had not received any reports yet but Jay said that there were several on his street.  Please let the police know what is happening so that we will get better protection here.”

We also received several reports of car break-ins in the Seven Oaks & Evanswood neighborhoods last week. A car was also stolen from a surface lot at The Blairs apartment complex The car was recovered the next day in Northeast Washington, DC by Metropolitan Police.

Has your car been broken into recently? Let us know in the comments.