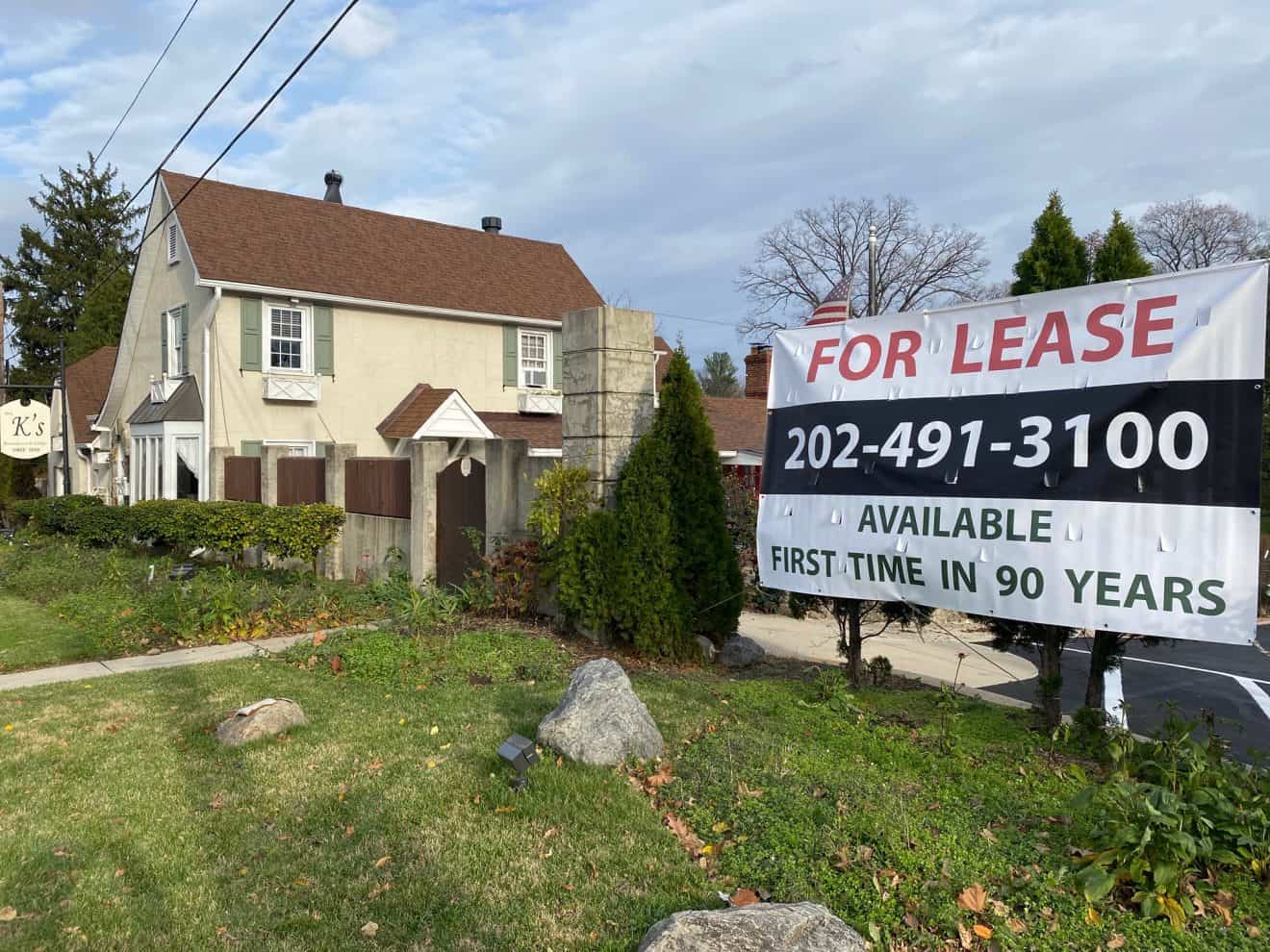 Mrs. K’s Restaurant and Barrel Bar, a Silver Spring institution for 90 years, is now being offered for lease.

“The owners want to take the time to find the right operator to take it to the next level,” said the leasing agent, who asked to remain anonymous.

The Mrs. K’s name may or may not live on, he said, depending on what that operator decides to do.

He added, given the changes in Silver Spring over the years, including younger residents moving in, it may not be a similar format, “which would not be bad for Silver Spring.”

The restaurant in April marked its 90th year in business at the intersection of Colesville Road and Dale Drive. It had been closed since the governor’s initial COVID-19 lockdown in the spring; a brief attempt at a carryout operation was not successful.

In a guest post on the Source marking the anniversary, Jerry A. McCoy, president of the Silver Spring Historical Society, wrote, “When Washington, D.C. residents Olive Blanche Kreuzburg and her husband Harvey opened Mrs. K’s Toll House Tavern on April 1, 1930, their cozy, country restaurant located out in the “wilds” of Montgomery County, there were probably those who thought that the April Fool’s Day opening was a commentary on the nature of starting such a business.”

In 1996, the restaurant changed hands and continued to operate until this year.