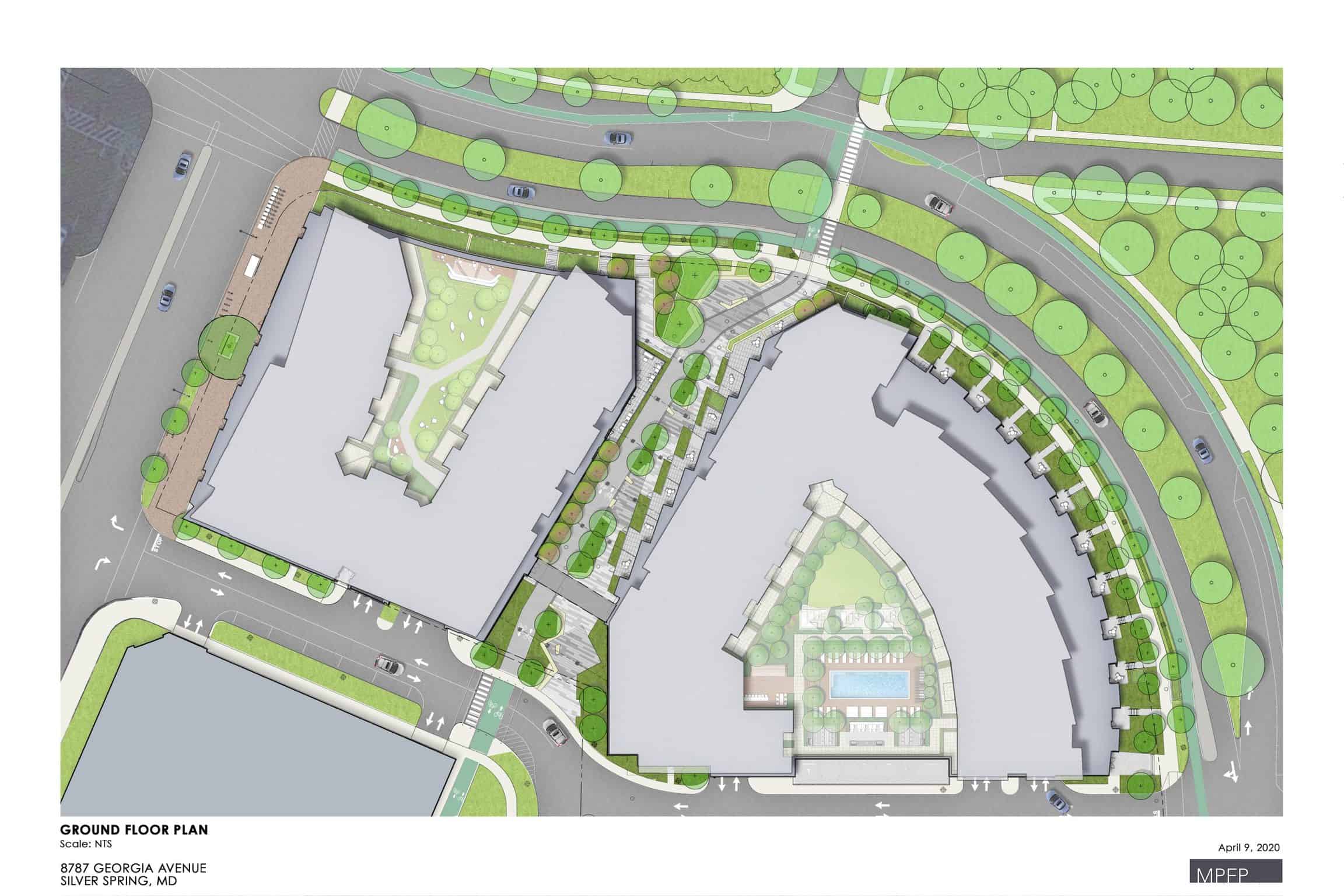 Montgomery Planning has released an FAQ on the redevelopment of its former headquarters property at 8787 Georgia Ave.

The document includes an explanation of the plan for trees, including replacement of those that must be taken down due to the excavation and grading that will be needed.

For example, five large oaks, which are hollow (one damaged by lightning), will be removed. In addition, another five black walnut trees will come down.

The wood from the walnut trees, however, will be collected and reused for tables in the new headquarters.

The first part, construction of a new office building for the county in Wheaton, has been completed. The Planning Department has begun to moving into the building; the Planning Commission held its first meeting there on Sept. 10.

Plans for the yet-to be named development were first presented in 2017. The complex will include two buildings with 375 apartments, walkway, pedestrian bridge, and underground parking garage.

The developers will be required to plant two willow oaks of 4”–6” inches in diameter. In addition, they will plant 16 additional 3–4” inch diameter trees to provide shade in the development, along with other native trees and shrubs.

The developers plan to begin utility and demolition work by the end of the year with a groundbreaking planned for early 2021.