A Silver Spring mother who, together with her child, were part of a missing persons case earlier this year is now wanted in a criminal case, according to county police.

Ashley Spicer, age 35, has been charged with parental abduction of her nine-year-old daughter Israel “Kali” Burk; there is a now a warrant out for Spicer’s arrest.

The department issued a press release in October seeking the public’s help to locate the two. Spicer had not brought Burk back to her father, who has full custody, nor gotten in touch with him.

“During this investigation, detectives have spoken to Ashley Spicer via email and cell phone,” according to a press release. “Ashley Spicer is aware that there is a warrant for her arrest.”

Detectives with the Special Victims Investigations Division that is handling the case have information indicating that the two were in the Fort Wayne, Ind. area earlier this year.

Anyone with any knowledge of the whereabouts of Spicer and Burks is asked to the call the police department at 301.279.8000. 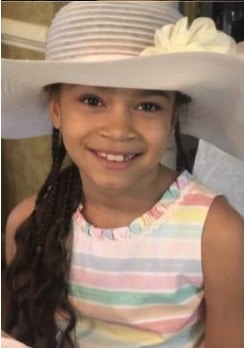