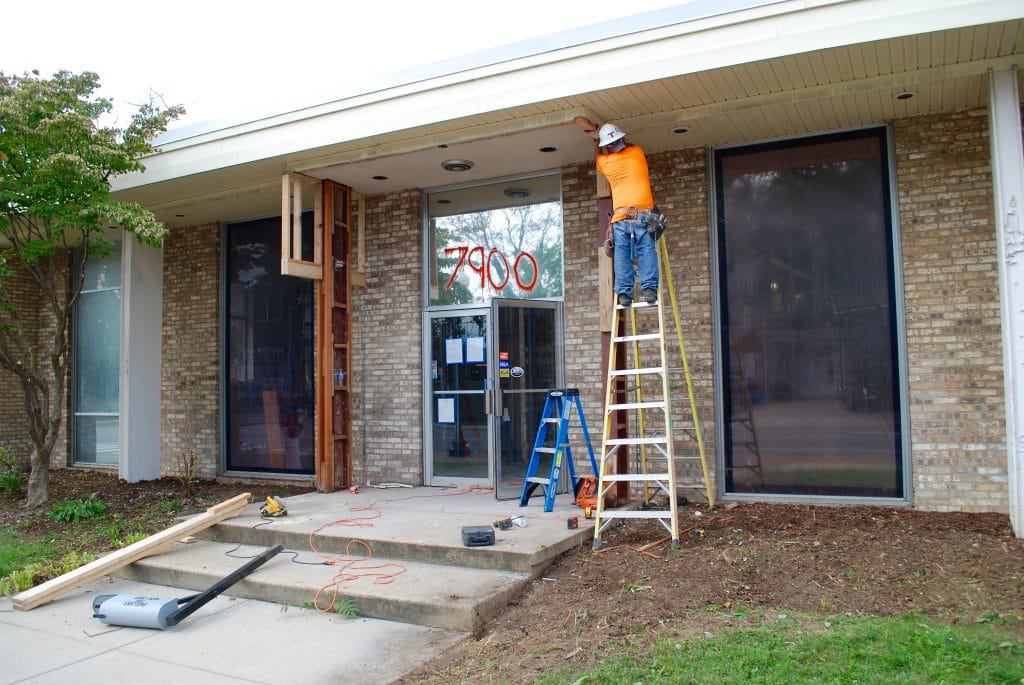 Work is underway at the former Banner Glass location. Photo by Mike Diegel.

Silver Spring could have at least one medical marijuana dispensary open before Thanksgiving.

Chicago-based Green Thumb Industries plans to open Rise Silver Spring at 7900 Fenton St., the site of the former Banner Glass Inc., according to Jeff Goldman, one of the company’s founding partners and vice president of communications.

“Everyone’s listening to what the growers are saying will be available, and they’re hoping for November product,” Goldman said. “We’re hopeful for early November inspections so we’ll be ready to operate.”

Security will be a big part of the operation. GTI’s lead officer on that issue is Terrance Gainer, the former head of the Illinois State Police who served as Sergeant at Arms for the U.S. Senate and as chief of the U.S. Capitol Police.

In addition to multiple security cameras, “there are vestibules that people have to sign in in order to enter,” Goldman said. “They have to be checked in in a couple of different spots in order to make it to the actual area that has the product.

“Then there’s restricted areas where you have to be coded to get into—key cards and key punch pads and things like that—in order to get to the secured area where the cannabis will be stored,” he added.

The dispensary will be unusual for an urban site because it has its own parking lot. The lot will be monitored by security cameras 24/7, which makes it safer for the patients as they come and go.

The company started in 2014 in Illinois and has expanded to other markets, becoming licensed in Massachusetts, Pennsylvania and Nevada, and has applications in with other states.

“Maryland is one that we saw potential in early on because of the strict regulations,” Goldman said. “So we targeted early on that that was a really good market for us.”

The company has two Maryland partners, including former Baltimore Raven Eugene Monroe and businessman Andy Grossman, who will head the Maryland operation. Rise Silver Spring will serve patients with ailments that have been approved by the state for medical marijuana treatments such as Crohn’s disease, cancer, chronic pain and others.

The company plans to hire five to 10 people, depending on the mix of part time and full time workers.

GTI also has a philanthropic side to the company.

“We get involved with local organizations that we know we’ll be able to make an impact on immediately,” Goldman said.

Locally, that includes the East Silver Spring Citizen’s Association, the Polar Plunge in support of Special Olympics, Baltimore Station (which helps disadvantaged and displaced people around Baltimore), and Walk for Brain Cancer, a list that will grow over time.

Monroe and Grossman will available to meet community members next Thursday, Oct. 5 from 7-9 p.m. in the Silver Spring Civic Building.

A second dispensary from another company is planned for the corner of Ramsey and Wayne avenues.

Multiple walls are going in the dispensary, sectioning off the interior for security purposes. Photo by Mike Diegel. 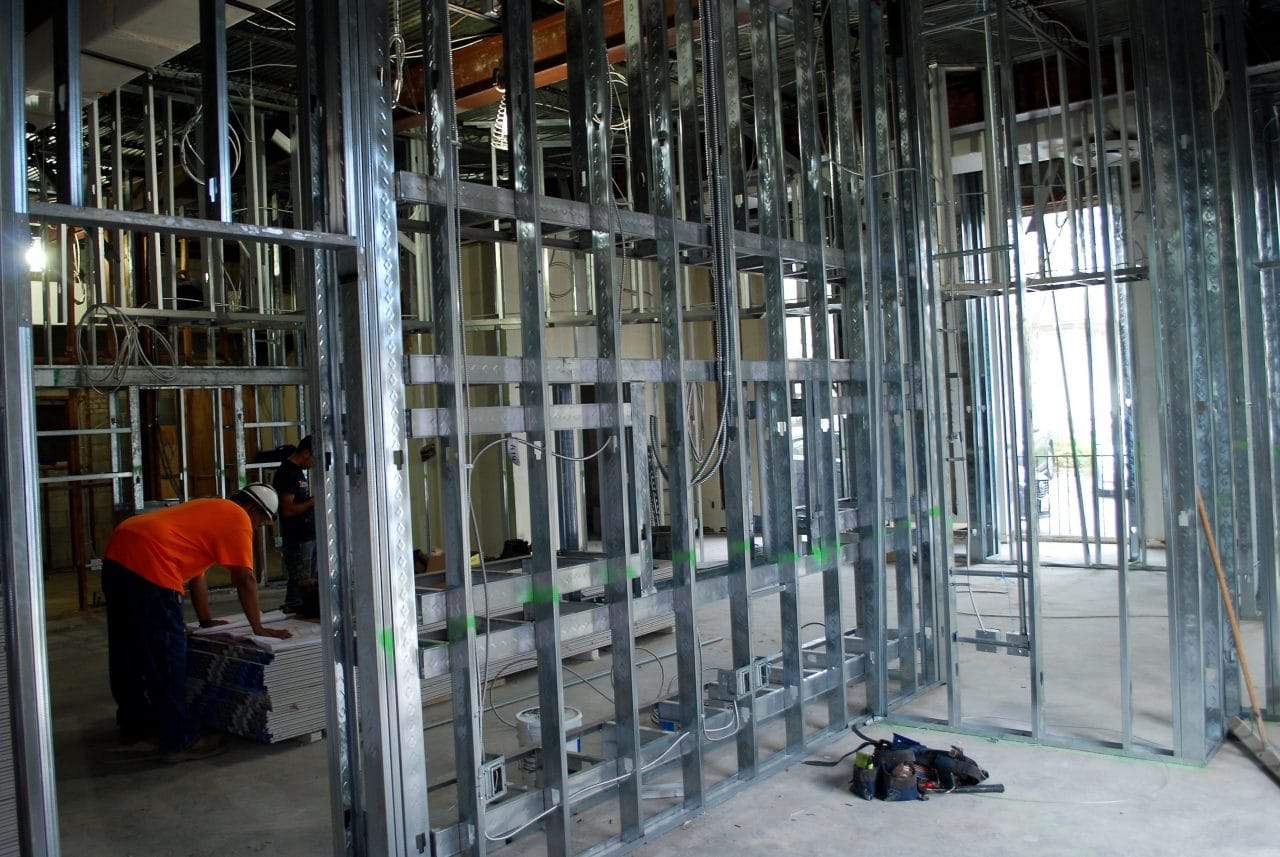