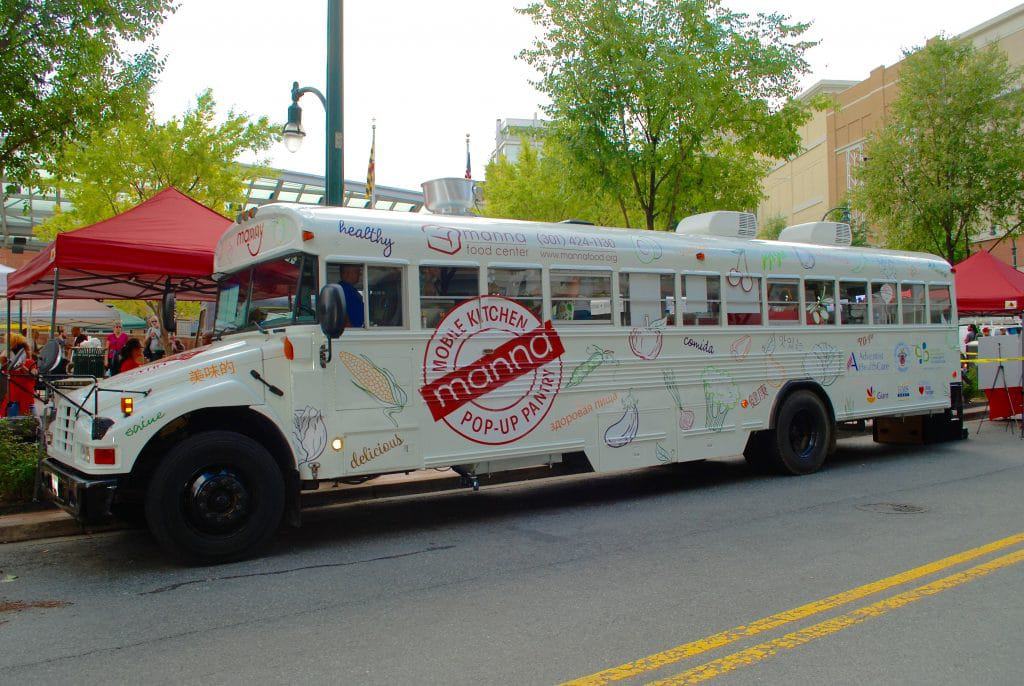 The converted bus was parked on Ellsworth Drive during the farmers market. Photo by Mike Diegel.

“Manny,” a mobile kitchen from Manna Food Center, made its first appearance in Silver Spring over the weekend.

The new program will provide a hands-on cooking classroom and will be used for targeted food distribution in areas with limited access.

Manna has identified 20 census areas in the county that are most at-risk for food insecurity, including East County and Long Branch.

Starting in October, the bus will be a “pop-up pantry” to deliver fresh produce in these communities on certain days. Other days, the bus will be used for cooking classes at elementary schools, subsidized housing complexes and community/senior centers, the organization said in an FAQ.

In addition, groups can request that Manny visit health fairs or other community event using a request from on the Manna website.

Manna spent about $100,000 to build out and staff Manny with donations and sponsorships from foundations and organizations. The group still will look for additional funds for continued programming. 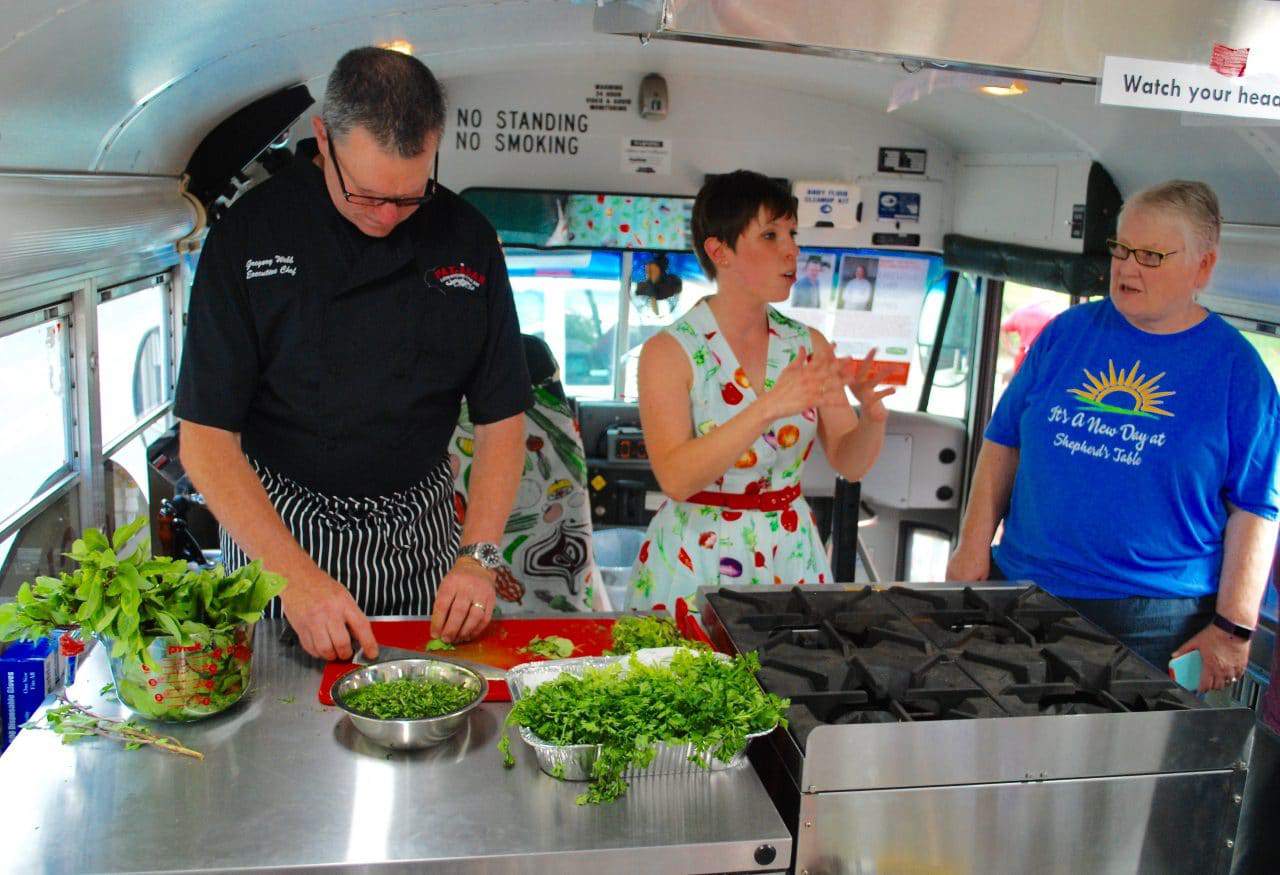 This woman talked about how eager she is to get out into the community and start giving cooking lessons. Photo by Mike Diegel. 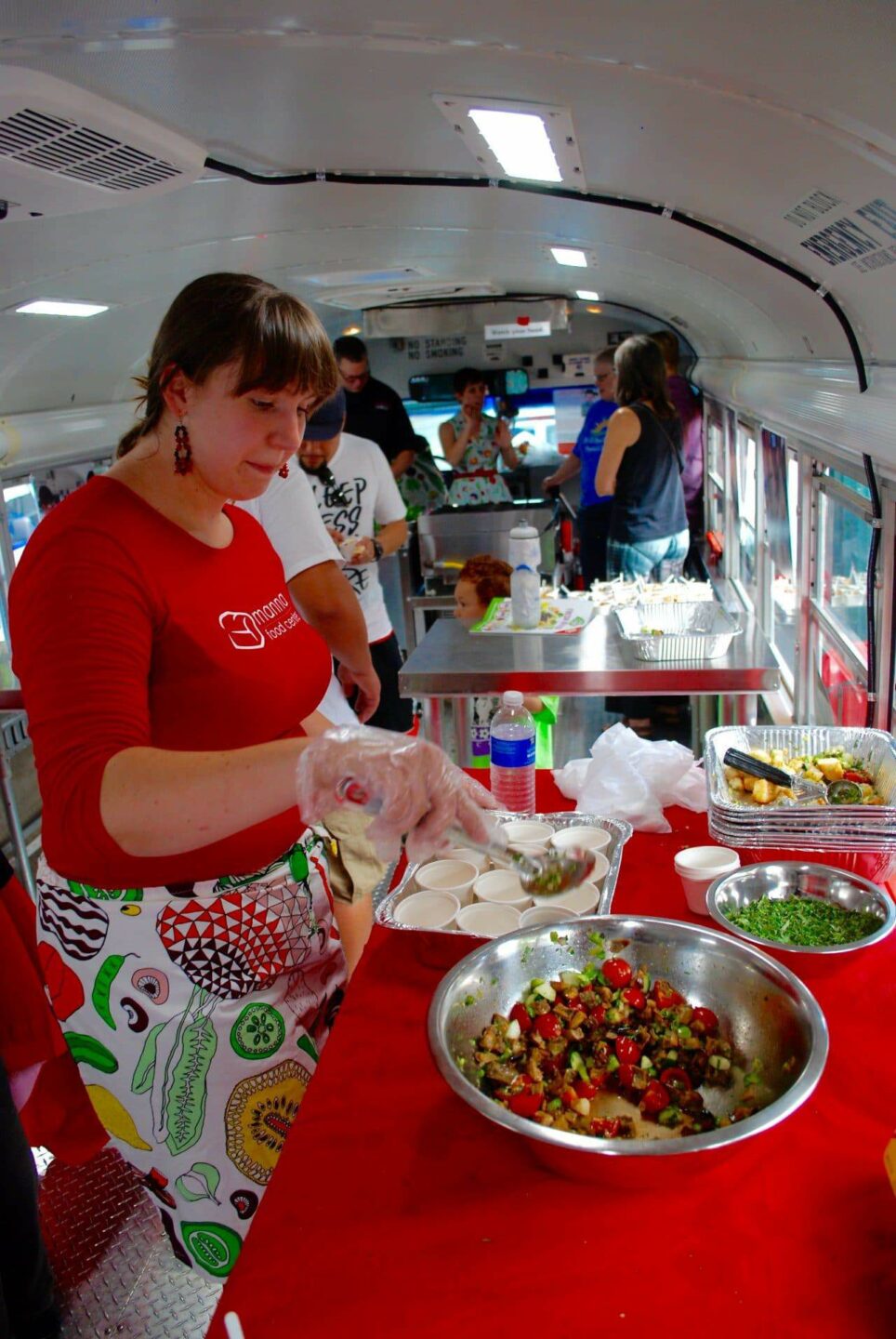