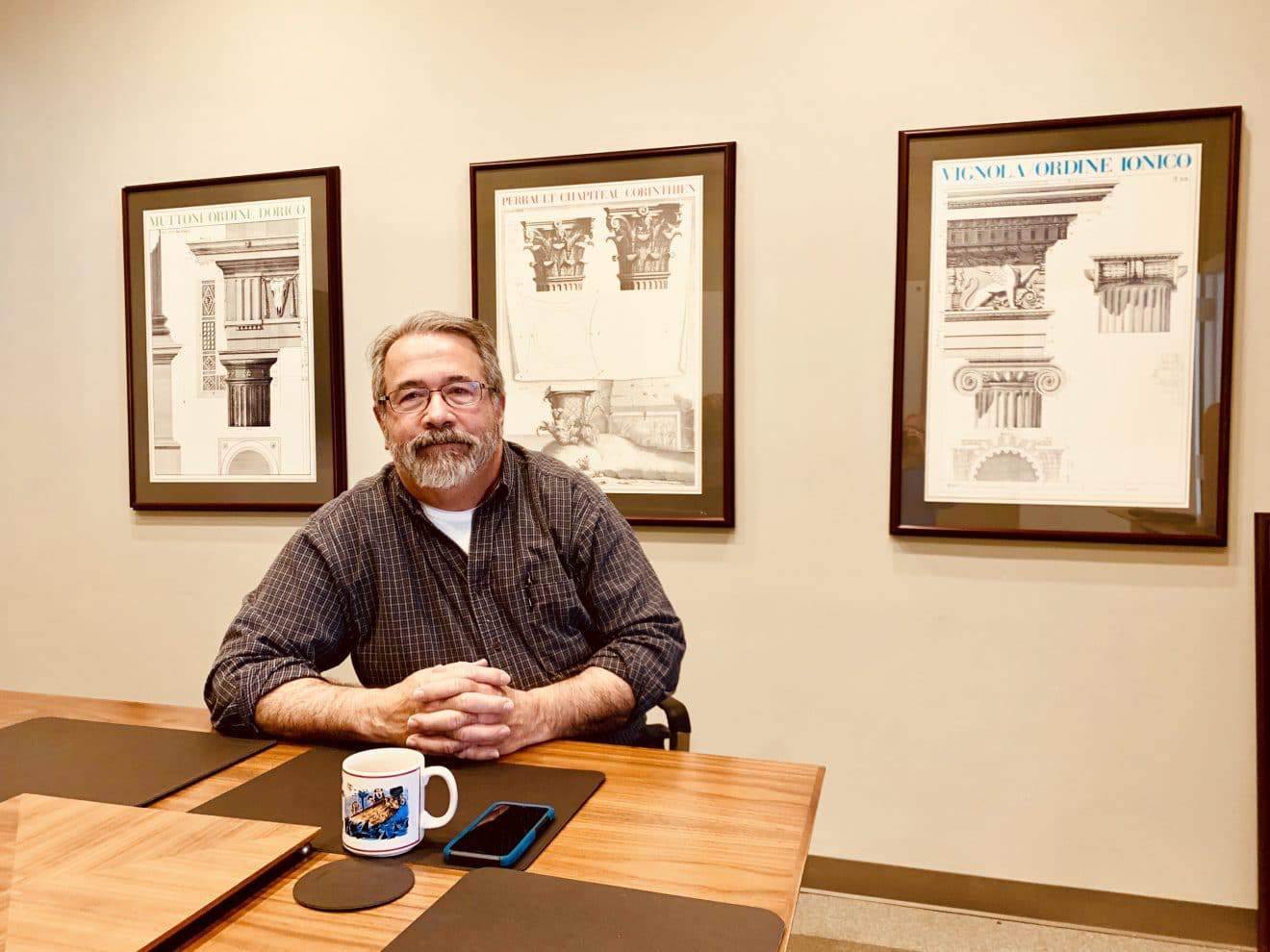 A long-standing Silver Spring business will shut its physical location at 914 Silver Spring Ave. and go virtual in partnership with another operation, according to President & CEO Charles Atwell.

Atwell founded Innovative Business Interiors in 1990. At the time, the company was located on Brookville Road and its primary customer base was the U.S. government.

“Post-911, it was much more difficult and much more expensive to both do sales calls as well as installations at government sites,” Atwell said, adding that it also became more difficult to win contracts due to the government tightening certain procurement requirements.

Now, IBI is a B-to-B operation whose buyers include businesses, healthcare customers such as Adventist Healthcare, educational customers both K through 12 private and schools and higher ed (colleges and universities including the University of Maryland), and municipal governments.

Through it all, Atwell has been an advocate for Silver Spring (serving on the Redevelopment Steering Committee, for example) and local small business in particular.

In 2006, he was chairman of the Montgomery County Chamber of Commerce board of directors and worked with councilmembers to enact the Local Small Business Reserve Program under then-County Executive Doug Duncan.

The intention was for the county to steer a certain portion of its procurements to local small businesses, provided they met certain criteria.

“It was really an opportunity for Montgomery County to support its local, small-business economy,” Atwell said.

The program originally included 10 percent of eligible county contracts, which was increased to 20 percent during Isaiah Leggett’s administration.

“For many companies, it didn’t really make a difference because it was ‘eligible’ contracts,” Atwell said. “Montgomery County, like the federal government, bundles contracts for expediency at the sacrifice of local business. It’s been an uphill battle to get Montgomery County to buy locally.”

Ironically, IBI has had one opportunity in 13 years under the LSBRP program. That chance eventually was revoked for reasons involving the second bidder, and the contract open to all comers.

IBI has done business with the county (furnishing the Silver Spring Civic Building, for example) and will continue to do so, but the sales have always been under a different contractual arrangement, not the LSBRP.

“I hope under [County Executive] Marc [Elrich] that they really take a look at Montgomery County small businesses, and particularly small business procurement,” Atwell said, “because I think it’s important, no matter what the commodity or the industry, that we all should be [thinking] ‘How could we buy this locally?’”

In the meantime, the office furniture and interior business has been changing.

IBI is an independent dealer not tied to a particular manufacturer. That has provided them with flexibility, but also, in some ways, has made it hard to compete. For example, larger dealers typically are tied to a manufacturer in much the same way an auto dealer offers only a particular line of cars.

“Finally, we decided that our model of being a boutique, all-around customer service [dealer], [and] pretty focused geographically, is not sustainable,” Atwell said.

IBI needed to change its focus again, and will do that by joining Washington Workplace, a 28-year-old business that has primarily operated in northern Virginia and the District of Columbia. IBI will serve as the Maryland team and be able to offer customers additional product lines.

“We really excited about joining forces,” Atwell said. “We’re continuing without a blip being able to support our customers.”

At least one other factor has affected the business—the construction of the Thayer & Spring apartments.

“It certainly to some degree impacted our clients being able to come here, our manufacturers’ representatives to come here,” Atwell said. “It was a pain in the ass to park and still, the [new] parking lot across the street has one sign that directs people to it, so I’m sure its under-utilized.”

Atwell says that while it’s “unfortunate” they will leave their office (which they moved to after leaving a space IBI occupied on Mayor Lane before it was given name), “I won’t blame anything. The market changes.