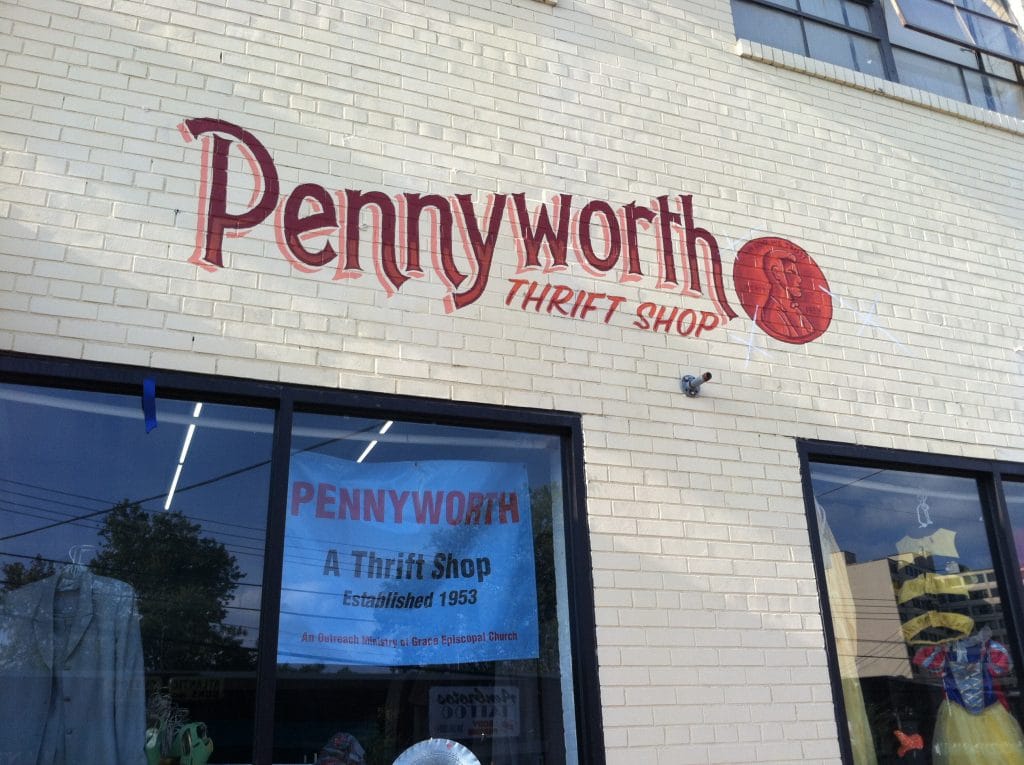 A local thrift shop will mark 65 years in Silver Spring with a series of events next week.

As the Rev. Andrew Walter, church rector, explained in a recent sermon, “[Jones] would take those clothes, put them in her car, and drive around Montgomery County; and, when she saw someone in need of those clothes, she would give them out. Her ministry eventually became the Pennyworth Shop, which celebrates its 65th anniversary this year, the longest, ongoing ministry of Grace.”

The shop is staffed completely by volunteers. Many of them are church members, but not all, according to board member Grace Shirey. Shirey manages the personnel, setting schedules and finding folks to fill in when needed.

One of those volunteers, Mike Shirey, has a long history with the shop, starting with his mother, Maud.

“She was an original worker and board member,” Mike said. “We had her working there in her 80s.”

Mike in turn managed the store for about 10 years, supervising two moves, among other operations.

“We were at Pershing, which disappeared back in the 80s,” he said. “We had to move from there to Fenton Street, so I was responsible for that move and then we had to make another move.”

The shop found space at 955 Bonifant St. prior to settling into its current location, where it’s been for about six years.

Clothes, dishes, purses and jewelry among the best-selling items in the shop, the Shireys said. The product mix does not include donated furniture, mostly for space reasons, but there are changes in the works in terms of what Pennyworth will accept to sell.

“Now we’re eliminating electronics—stereo stuff, TVs, computers, computer screens, that kind of thing,” Mike said. “We don’t have the know-how to check on the electronics.”

“We’ve also recently cut out bedding, “ Grace added. “They just don’t sell fast enough [and] we don’t have the room.”

The thrift shop’s work will be honored Sunday with a fellowship lunch at the church following the 10:30 a.m. service. Other anniversary events next week include:

Tuesday, Feb. 13, “Step Into New Shoes for the Party” 50 percent off all shoes

Thursday, Feb. 15, “Warm Up for the Birthday Celebration” 50 percent off winter coats and sweaters, and

Friday, Feb. 16, “Happy Birthday, Pennyworth!” 50 percent off everything in the shop, with a party and refreshments from 4-8 p.m.

In addition, raffle tickets are now on sale for items on display in the shop, with drawings Friday at 5, 6, 7 and 8 p.m.

Note: The shop’s website is moving to a new domain, https://www.thepennyworthshop.org, which was not yet live at this writing. 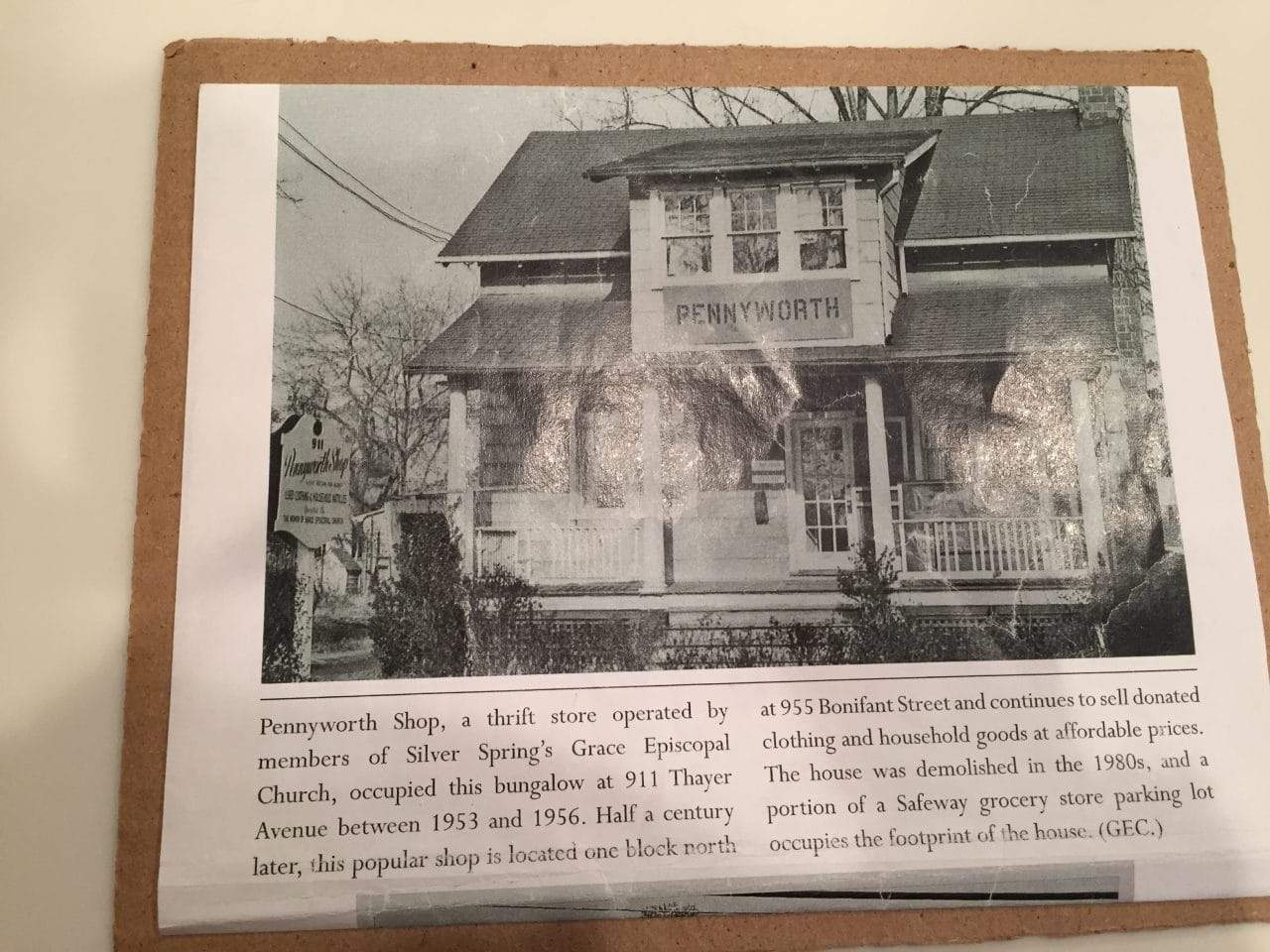