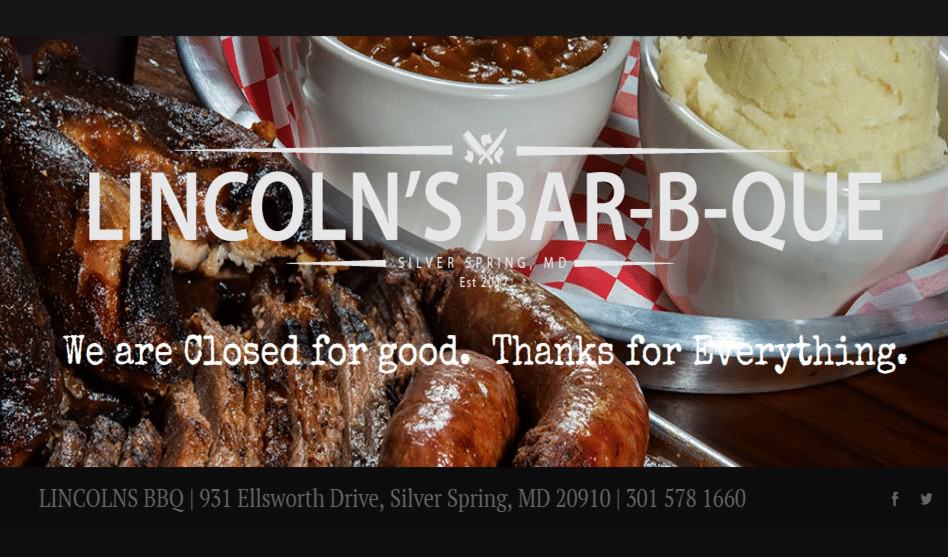 The 10-month-old restaurant on Ellsworth Drive shut down at 6 p.m. after being open earlier in the day for lunch service.

“I just want to say thank you to the people of Silver Spring who became our guests and to the incredible team who worked at Lincoln’s Bar-b-Que. We tried our best but it didn’t work out,” said The Restaurant Group owner Jeremy Wladis.

The New York-based group is the parent company of Lincoln’s. It operates several other restaurant concepts, including AG Kitchen, which formerly occupied Lincoln’s space.