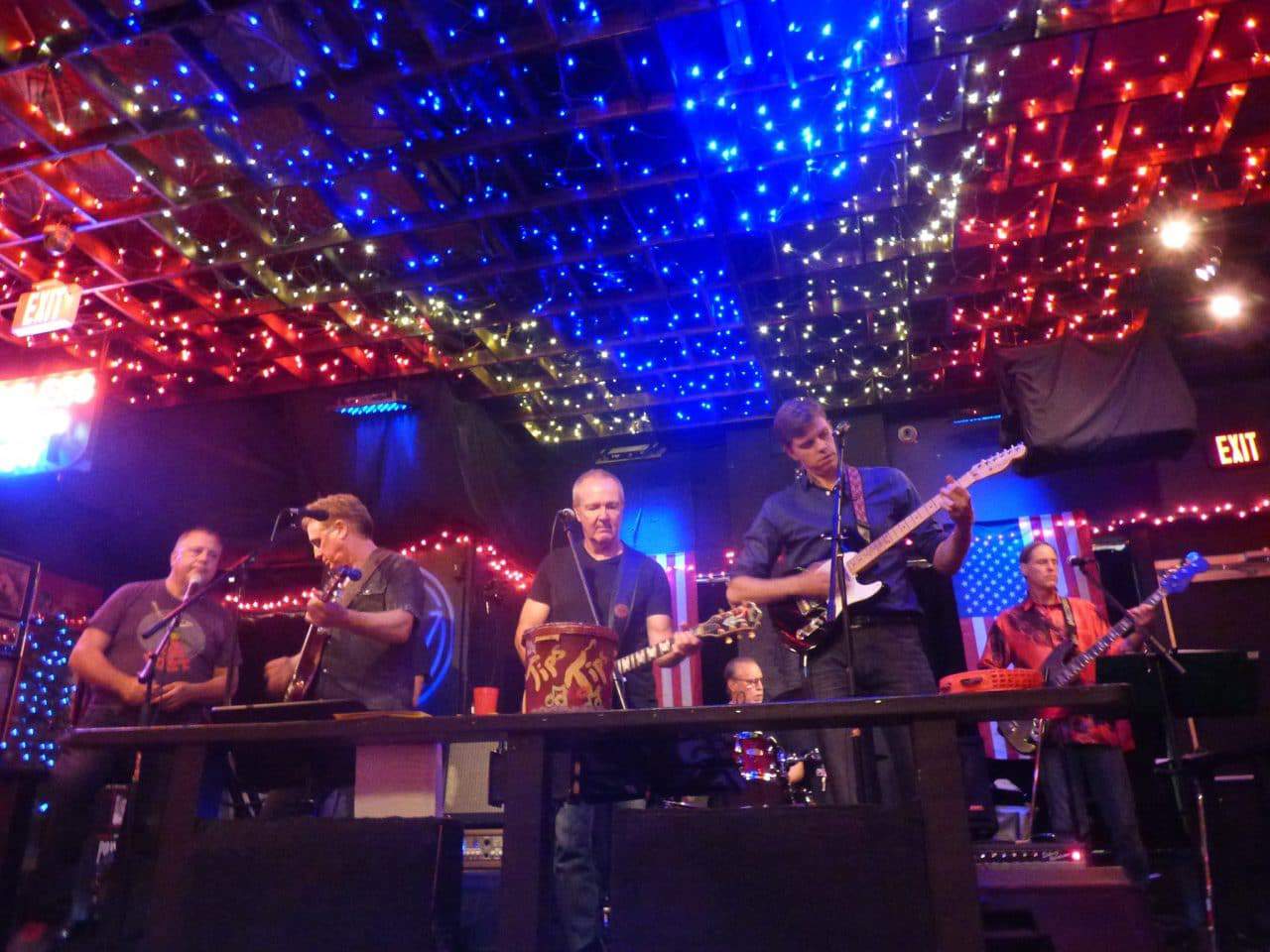 Photo of Loose Ends performing courtesy of the band

Over the past few months, the Cissel-Saxon American Legion Post #41 on Sligo Avenue has quietly expanded its weekend offerings of free live music performances, with the help of a group of local musicians.

Gerry Waites, vocalist and rhythm guitarist with Loose Ends, a six-piece band that’s been around in one form or another for the last few years, learned about the post though a friend who had done some music events there in the past.

A few conversations later and the idea of a series of music nights began to develop.

“The music scene is very tough. Nobody wants to pay, it’s a big hassle and everything like that,” Waites said. “Musicians just want to play.”

But finding places to play is not easy, he added.

“It’s a marriage made in heaven because [the post] wants some activity in their place and musicians want a place to play,” Waits continued. “We got to know these folks and said you know, it would be so nice to have a regular place to play.”

The D.C. Blues Society has been featuring live music at the post for a number of years now, with both rotating bands and jam sessions, and offers performances from different bands on the fourth Friday of the month.

Waites gives a lot of credit to Dan Bullis, the post commander, for being open to the idea of expanding the music nights and supporting local musicians, as well as doing something for the veterans. At this point, he said, the monthly line-up for the no-cover shows looks like this:

The first and second Friday shows are quite different from a typical open mic night, Waites said.

“Usually, open mic is you go sign up and different people play, sometimes bands but often just individuals,” he said. “Sometimes there might be a house band that helps them out, sometimes not.

“This is a tri-part combination of a house band, an open mic and an open jam,” he continued. The concept expanded to include a happy hour acoustic jam, which will be part of tonight’s music night. The planned schedule tonight is:

Then from 10 p.m. on, there will be an open jam for electric instruments that Waites billed as “no holds barred, anything goes.”

The music nights are an opportunity for fans to hear from a variety of the region’s established musicians as well as younger players just starting out, he said. At the same time, the group is beginning to build a music community where musicians can gather and play, share ideas and collaborate.

“It’s kind of a rich environment in that way,” Waites said. “When you add that together with no cover, its cheap drinks, cheap food, free parking—what more could people want who want to go out and hear the music?”

He added that the post is expanding its selection of beers with products from local breweries, and a new chef is enlarging the menu from the pub food the post has typically offered, adding healthier options, too.

Waites also pointed out that the post’s music nights fits in with the core mission of serving veterans. The post not only provides veterans with free entertainment, it also connects veteran events with music nights, such as hosting regular Wounded Warrior dinners on First or Second Friday music nights.

“It’s a good thing, because you do a little something for the veterans,” Waites said, “and then [offer] a kind of neighborhood, community thing.”