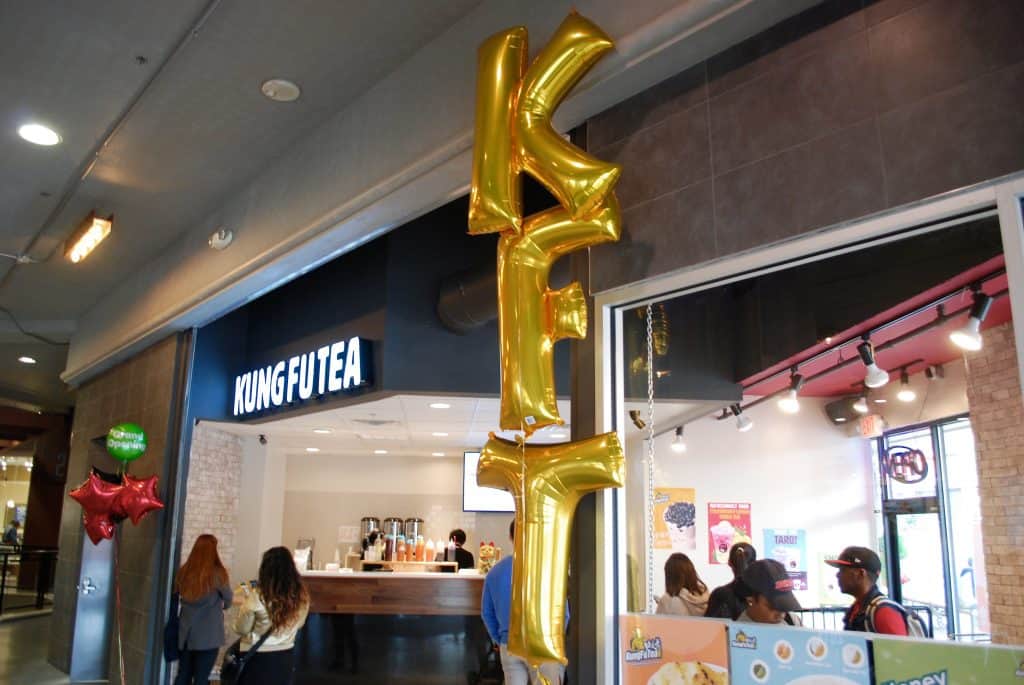 Kung Fu Tea is celebrating its grand opening in Ellsworth Place with drink specials all this weekend.

The shop is located just inside the entrance to the mall on the corner of Fenton Street and Ellsworth Drive. It can be entered directly from Fenton Street as well.

This is the fourth area location for the New York-based company, which specializes in bubble tea and other tea-based drinks. There are stores in Annandale, Rockville and College Park as well.

Bubble tea is a tea-based drink developed in Taiwan in the 1980s. Its popularity grew and shops began popping up in the United States in the 1990s, according to the company website.

There are a number of different recipes for bubble tea. Most of them have a tea base that is mixed with milk or fruit.

The most popular version includes chewy tapioca balls—the “bubbles”—also known as boba. Other favorite toppings include Nata jelly, pudding and herbal jelly. Kung Fu Tea offers several dozen varieties of drinks based on black, green or oolong teas and fruits, among other ingredients.

The shop joins two other stores that opened this week in Ellsworth Place, Rue21 and Shoe City.

Rue21 bills itself as a “fast-fashion” retailer with clothes primarily targeting young people. The company has more than 1,200 stores nationwide.

Shoe City sells various types of footwear and accessories. The company has more than 35 stores, almost all of them in Southern California.