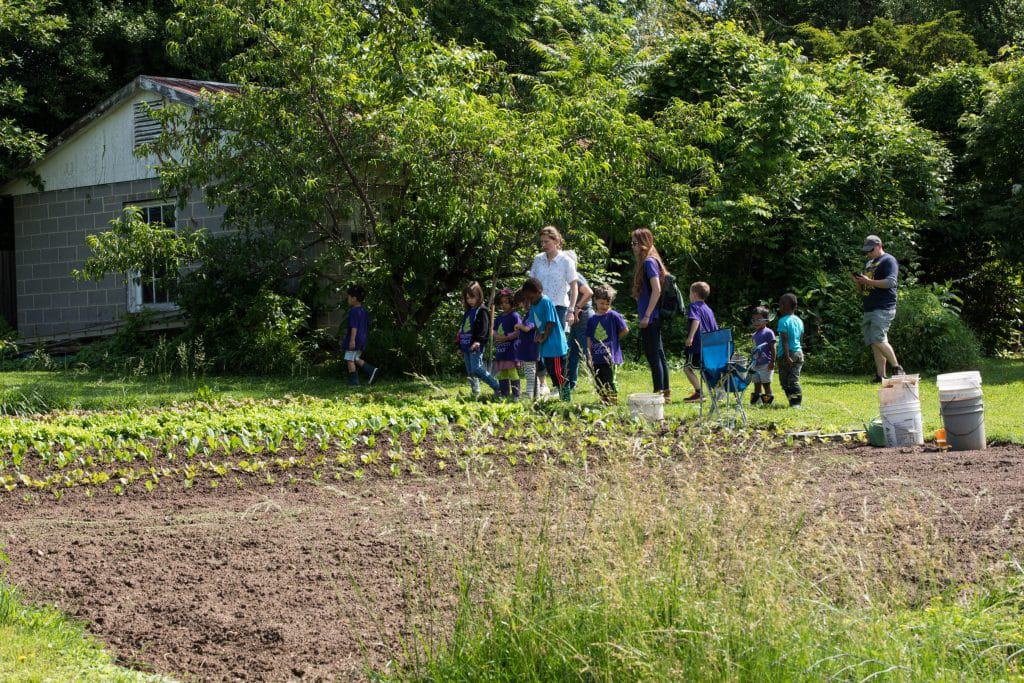 The Koiner Farm in downtown Silver Spring has been granted the county’s first conservation easement for urban agriculture, according to a press release from the Charles Koiner Center for Urban Farming.

The easement, in partnership with the Maryland Environmental Trust, permanently protects the one-acre farm from ever being developed.

Charlie Koiner started the farm on the corner of Easley and Grove streets in 1983 and, with the help of his daughter Lynn, the farm has operated continuously since then. Charlie died earlier this year, and Lynn has operated the farm with help from CKC Farming and other volunteers.

Lynn has always dreamed that the property would be a working farm far into the future.

“500 years from now, I want my farm to still be here,” she said. To that end, she has donated the development rights on 80 percent of her property.

CKC Farming was founded as a 501(c)3 in 2018 by Kate Medina, executive director, and Hannah Sholder, deputy director, “to provide opportunities for agricultural education so that the next generation of sustainable food innovators have a place to begin their experimentations and also see how a closed-loop, small-scale farm functions in an urban setting.”

Sholder had been a volunteer farmhand for the Koiners since August 2016, after the property caught her attention as she went on her runs through the neighborhood.

One day, she said in 2018, she saw Charlie outside, went up, introduced herself and learned about the farm.

“I just said, ‘Hey, can I come volunteer for you?’ and it kind of transformed things for me,” Sholder said.

She has a background in land preservation, including urban farms, “so my mind was also churning in that respect,” Sholder said. “This has to be preserved.”

CKC Farming contacted MET, a unit of the state’s Department of Natural Resources governed by a citizen board of trustees, for assistance with the easement.

MET serves as the statewide land trust for Maryland, which holds more than 1,100 easements statewide, many co-held with local non-profit land trusts such as CKC farming.

“We are grateful for a local land trust partner like CKC Farming to help us protect this open space gem in the heart of downtown Silver Spring,” said John Turgeon, MET’s acting director.

CKC Farming currently hosts educational programs for local schools and community groups at the property, in addition to managing a group of urban farmer interns and volunteers there. As co-holder of the easement, CKC Farming will act as local steward to ensure the intended purposes of the easement are being met, the group said.

The easement permits the continued agricultural and educational use of the property, and protects access for the public in perpetuity.