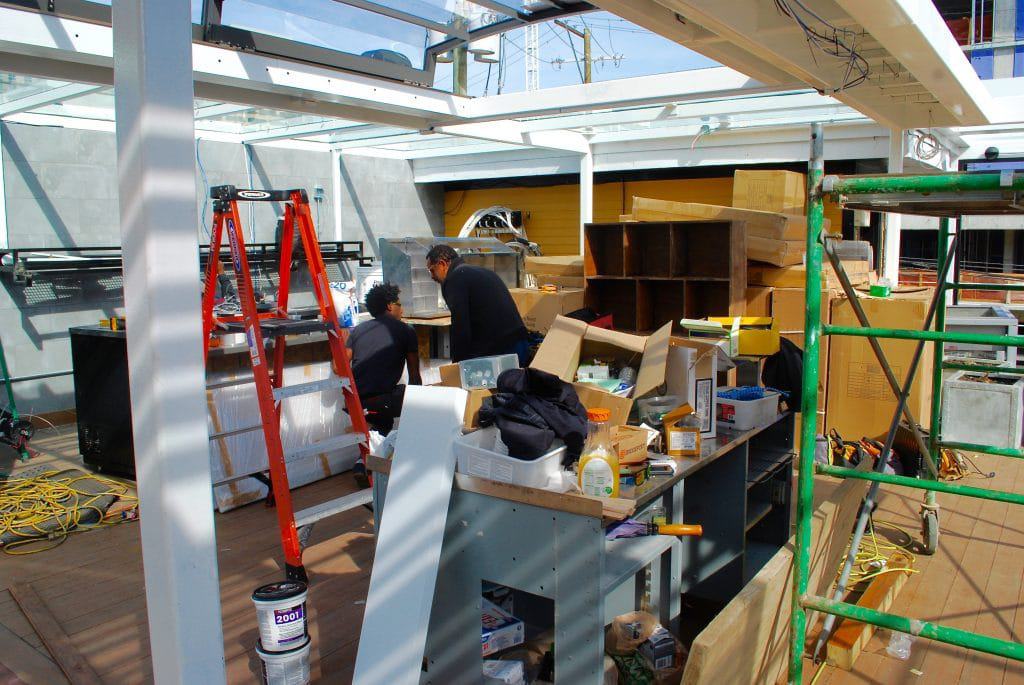 The rooftop of Kaldi’s Social House will have a new look as the structure that enclosed the area is being completely replaced.

“We had to stop different events because [the old enclosure] was leaking,” said owner Tsega Hailemariam. “Now we have to convert the whole roof and put a new enclosure so that we can do [events] all year round.”

Once it’s completed, the rooftop will be open at 2 p.m. for happy hour until 7 p.m., and then remain open until 2 a.m. for Kaldi’s “nightlife” aspect, he said.

“We are not sure yet,” he added, “but we are thinking also to extend the hours, even though we’re not going to sell after 2 a.m. the liquor, but it still will be open, so basically, it’s going to be like a 24-hours operation.”

The bar also is being moved off to the side, he said.

“If you look at the previous one,” Hailemariam said, “ it took up a lot of the space and we were not able to utilize the whole bar.

The move, he added, “gives us more space for the customer as well as for the bartenders.”

While he’s never been cited for a violation, there were some issues with noise from the rooftop, which now will be completely enclosed with a prefabricated structure.

“In order to [address] this noise issue and avoid any complaints from the community, we enclosed, from the main side, now we enclosed [it with] insulated glass, so that will reduce the noise level significantly,” he said.

There’s also a new wall next to the space currently used by The Highwood Theatre to stop any music from bleeding over and interfering with any performances.

Hailemariam is also installing a new type of speaker system.

“No one has it in town,” he said. “We are the first ones on the East Coast. It’s mostly used by big venues, in stadiums, in different concerts.”

The speakers are directional, he said, and therefore the sounds are only heard in a limited space.

“That is something we’re going to install it in here that will avoid completely the noise issue,” Hailemariam said, adding that he has asked the county to come and test the sound levels.

He’s planning a soft opening of the rooftop on Sunday, and an official reopening celebration at a date yet to be determined.

Another look at the rooftop construction. Photo by Mike Diegel. 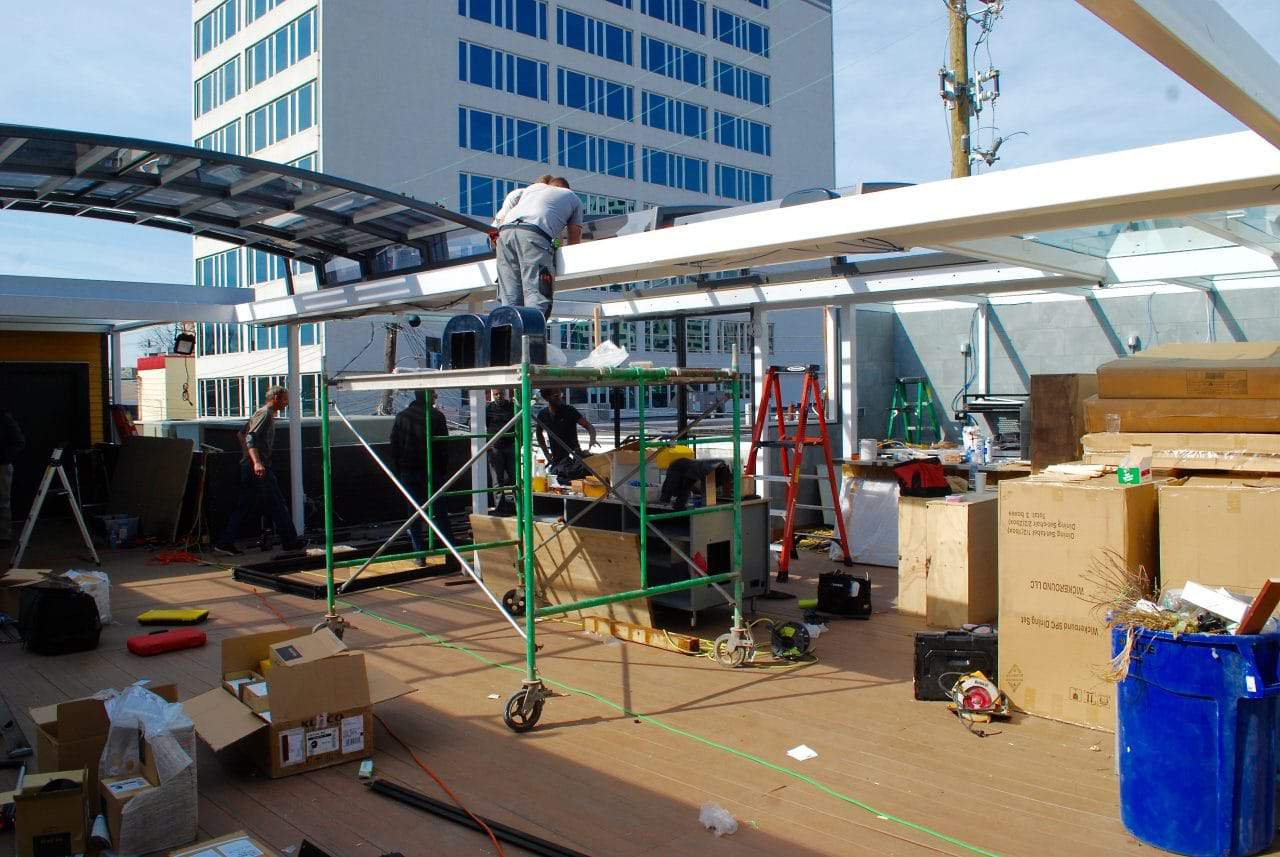