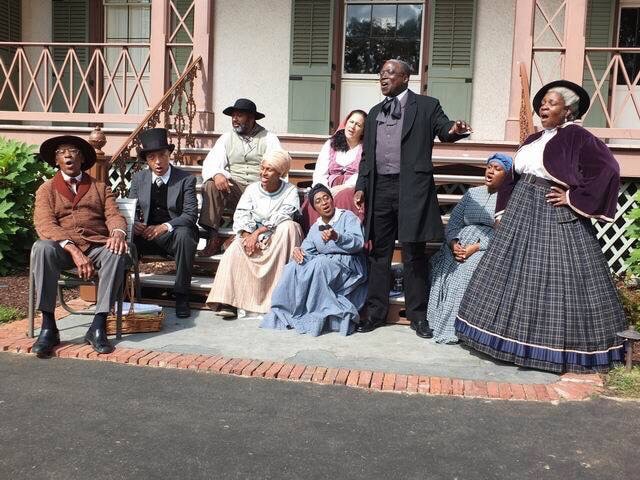 “It’s a special place,” she said in a recent interview. “There are places we’ve gone where we feel we’ve been surrounded by the ancestors and that was the first thing that struck me.”

Blackford is the founder and leader of Jubilee Voices, an ensemble that is part of the Silver Spring-based Washington Revels. Jubilee Voices is one of several acts that will be performing at a community festival celebrating the Talbot Avenue Bridge’s centennial on Sept. 22.

Organized by residents of Lyttonsville, North Woodside, and Rosemary Hills, the event includes music, food, African drumming, a libation ceremony, and a student art show. Longtime residents who recall growing up in Jim Crow Silver Spring and during the civil rights era will share their memories of the bridge and the neighborhoods.

Blackford’s Jubilee Voices and Silver Spring singer-songwriter Lea are musical acts that the organizers hired. Full disclosure: I am part of the organizing committee.

Jubilee Voices was founded in 2010, one of many arts-based initiatives created to celebrate the Civil War sesquicentennial. The ensemble began performing Civil War-era songs drawn from African-American tradition. Its repertoire includes spirituals and other acapella tunes.

“Our mission is to preserve traditional African-American music,” Blackford said. “And what I mean by that is the music that our ancestors sang when they were in bondage and when they came over to this country. So it’s a precursor to gospel and blues and jazz as we know them.”

Blackford and her colleagues quickly found themselves in high demand. She recalls booking three gigs before the original 14-member group organized. Performing throughout the Washington, D.C. area at churches and historic sites, Jubilee Voices has done shows at President Lincoln’s cottage in the District and Montgomery County’s Oakley Cabin African American Museum and Park. The group also performed at the Josiah Henson Park as part of the PBS Time Team America series in an episode that aired in 2014.

The ensemble’s members, some of whom like Blackford are semi-professional musicians, consider themselves part entertainer and part educator.

“We combine education, drama, dance, and music as sort of a unique blend,” Blackford explained. “We take stories and narratives and first-person narratives, letters, and we combine them into a show which is entertaining, but it does teach about African-American history.”

After the Civil War sesquicentennial celebrations wound down, Jubilee Voices expanded its repertoire and scope to include more recent history, including gospel and the civil rights era.

“One of the things that we love to do is to help catalyze celebrations of traditions where they lie,” she explains. “Each neighborhood has a story to tell and so we found what was happening at Talbot [Avenue] very fitting with our mission in helping to spur talking about traditions. Talking about the past.”

The Talbot Avenue Bridge’s story draws from a difficult time in Silver Spring’s history. It was a time when racially restrictive covenants kept many neighborhoods all white, and during which African Americans were blocked from patronizing many businesses in downtown.

The collaboration among neighborhoods once divided by racial tensions, including conflicts over the bridge itself, makes the bridge’s story even more powerful. The bridge and its more recent history offer powerful lessons about reconciliation, Blackford said. “It helps set the record straight about the communities and how they interacted with one another but it also gives us lessons and understanding of why those things may have happened and what we have to do to keep them from happening again.”

For more information about the bridge and the event, visit the Talbot Avenue Bridge Centennial website at talbotbridge100.org. 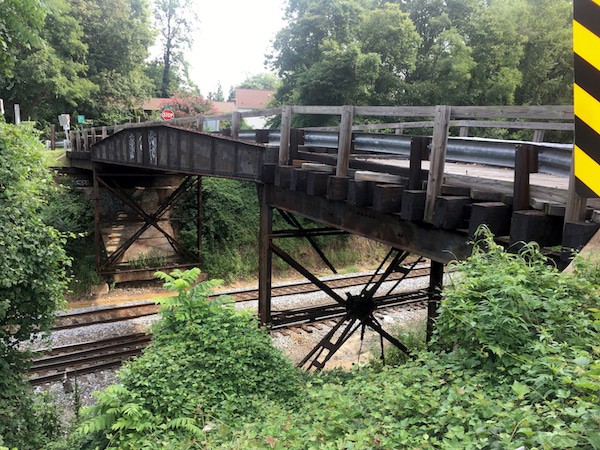