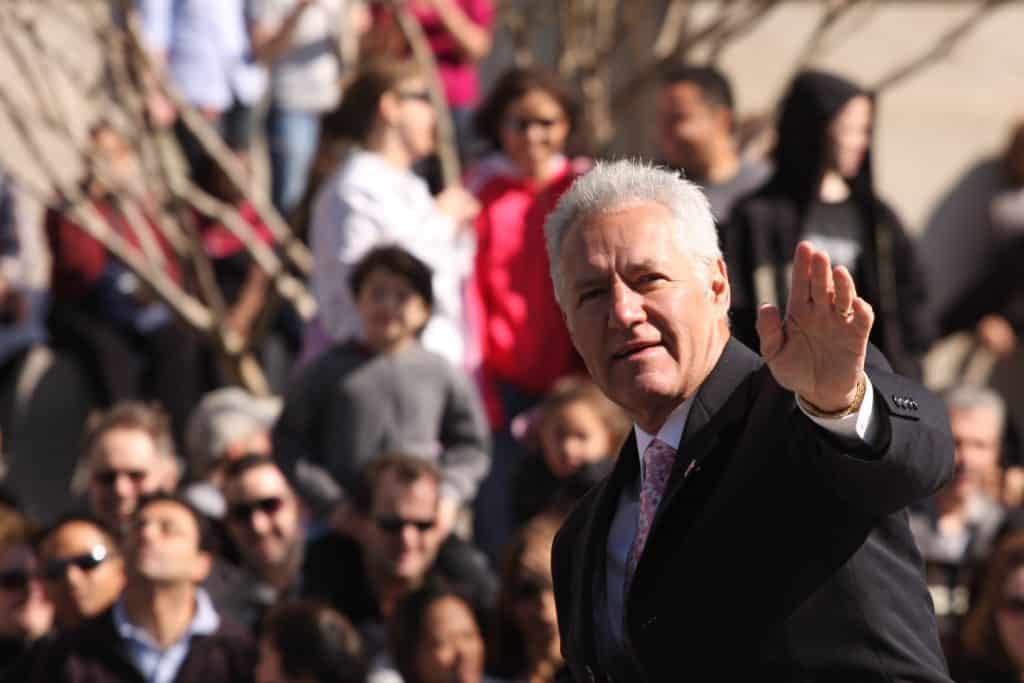 Jeopardy! host Alex Trebek has died at the age of 80, after a battle with pancreatic cancer. Reactions have been pouring in from local residents that have competed on the show.

Downtown Silver Spring podiatrist Jennifer Gerres, who appeared on the show in January 2005, offered her condolences:

As a former @Jeopardy contestant, I’m very sad to hear this. Thank you for everything, Alex. https://t.co/Nr2zLSFeBI

More recently, Sandy Spring Friends Upper School English teacher Anne Pulju appeared on the show in May, as a contestant in the 2020 Jeopardy! Teachers Tournament:

Silver Spring got its due on the show in September. It was incorrectly answered as Silver Spring, plural, not singular:

Hey MoCo MD, we made it on Jeopardy Friday night. The correct question, What is Silver Spring? (NOT Silver Springs, which the contestant said and was ruled incorrect) pic.twitter.com/gPxtALkagS

“Who is Alex Trebek?” by marabuchi is licensed under CC BY-SA 2.0