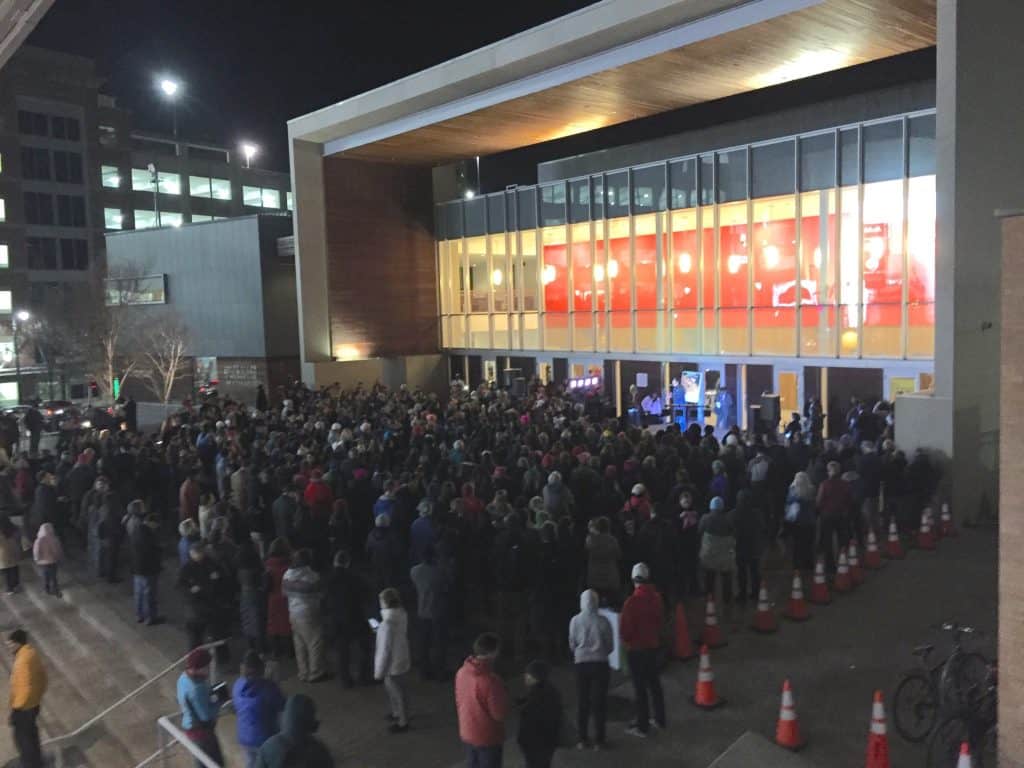 A view of the crowd listening to speakers outside the Silver Spring Civic Building. Photo by Mike Mowery.

Hundreds of people gathered inside and outside the Silver Spring Civic Building last night for a rally titled “How the People & Congress Can Stop a Lawless President.”

Speakers included Maryland Sens. Ben Cardin and Chris Van Hollen, Rep. Jamie Raskin (D-8th District) and others asking people to stand up against the policies they disagree with, including recent attacks on Muslims, immigrants and the LGBT community.

Attendees were especially urged to get involved with voter registration drives prior to the next election.