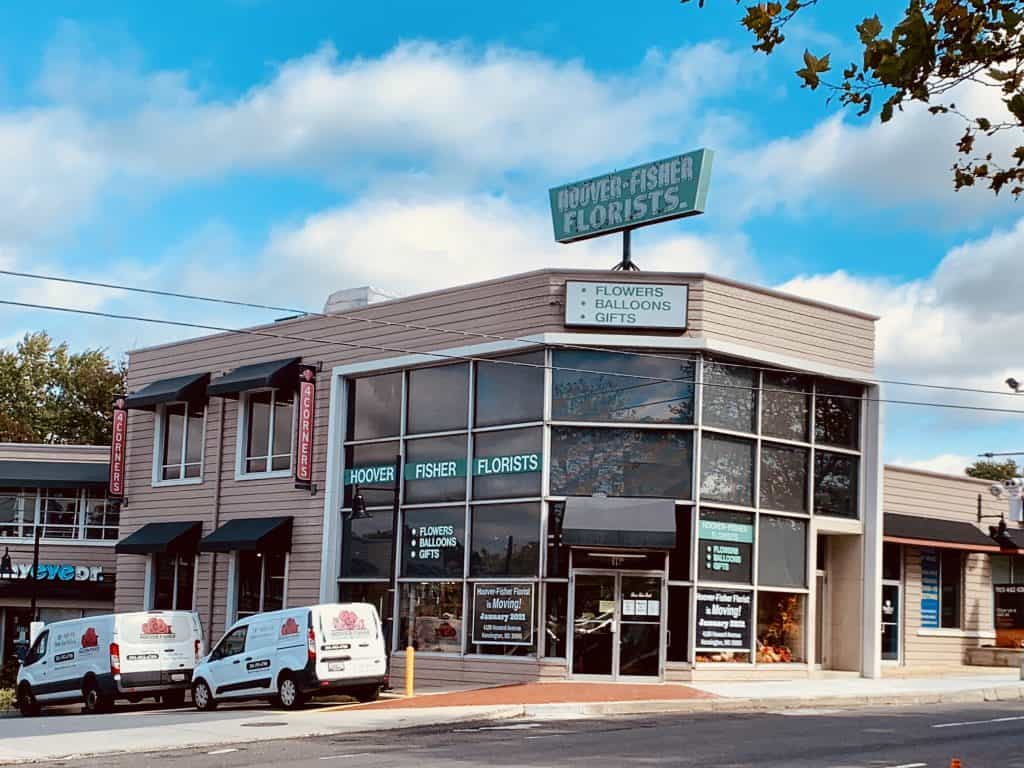 Hoover-Fisher Florists, a Four Corners mainstay since the 1960s, will move to a new location in Kensington in January, 2021, according to an email to customers.

The family-owned retailer was founded in 1954 and later moved into a two-story addition to the Woodmoor Shopping Center at the intersection of Colesville Road and University Boulevard.

The company is owned and operated by Bill Fisher, the second-generation owner, with two of his children, Allie Salkeld and Mason Fisher, also part of the business.

The new location will be at 4100 Howard Ave. in Kensington, which is currently under renovation. It will offer private parking and additional room for expansion, according to the announcement, which also is posted on the company’s Facebook page.