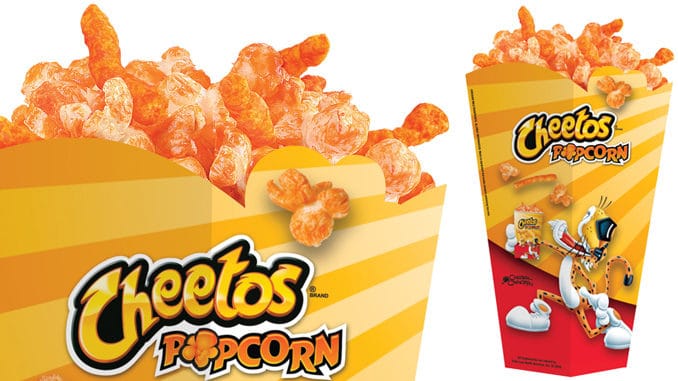 The snack features Cheetos-flavored popcorn mixed with Crunchy Cheetos. It has been available in other venues, such as ballparks, but this is the snack’s first national partnership.

Billed as “the best thing to happen to popcorn since butter,” Cheetos Popcorn has already reportedly been seen in the wild at the Regal Majestic in downtown Silver Spring. It will be sold in 32-ounce cups, but no word on pricing.