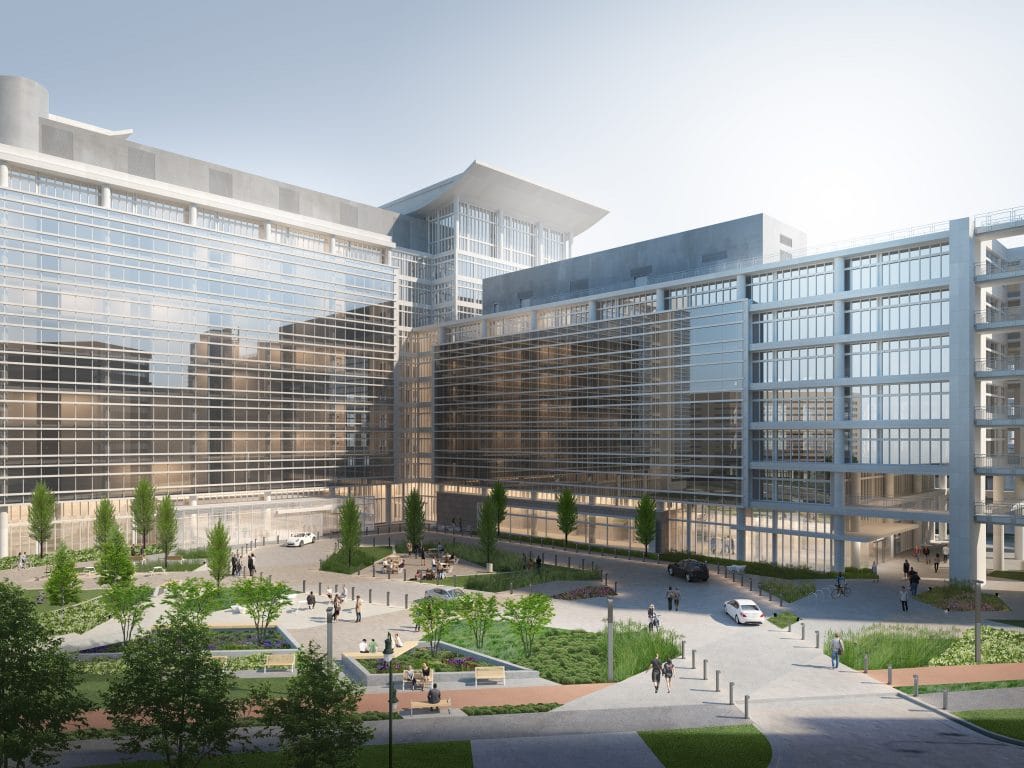 Foulger-Pratt has signed its first tenant for Inventa Towers, the former Discovery headquarters building, according to a company press release.

Children’s National Health System will lease about 140,000 square feet on floors three through six for 15 years, and consolidate staff from other area locations beginning in 2020.

The organization’s fundraising arm, The Children’s Hospital Foundation, is already located in Silver Spring at 801 Roeder Rd. and will be part of the consolidation at Inventa Towers.

“As we pursue a more collaborative work environment for our staff, we sought a space that was centrally located and offered a variety of amenities. Inventa Towers delivers on all of our needs and more,” said Charles Weinstein, executive vice president and chief real estate and facilities officer of Children’s National, in the release.

The 550,000 square foot building is scheduled to undergo significant renovations beginning this summer. The site plan for the building (#8200032D) was approved on April 25.