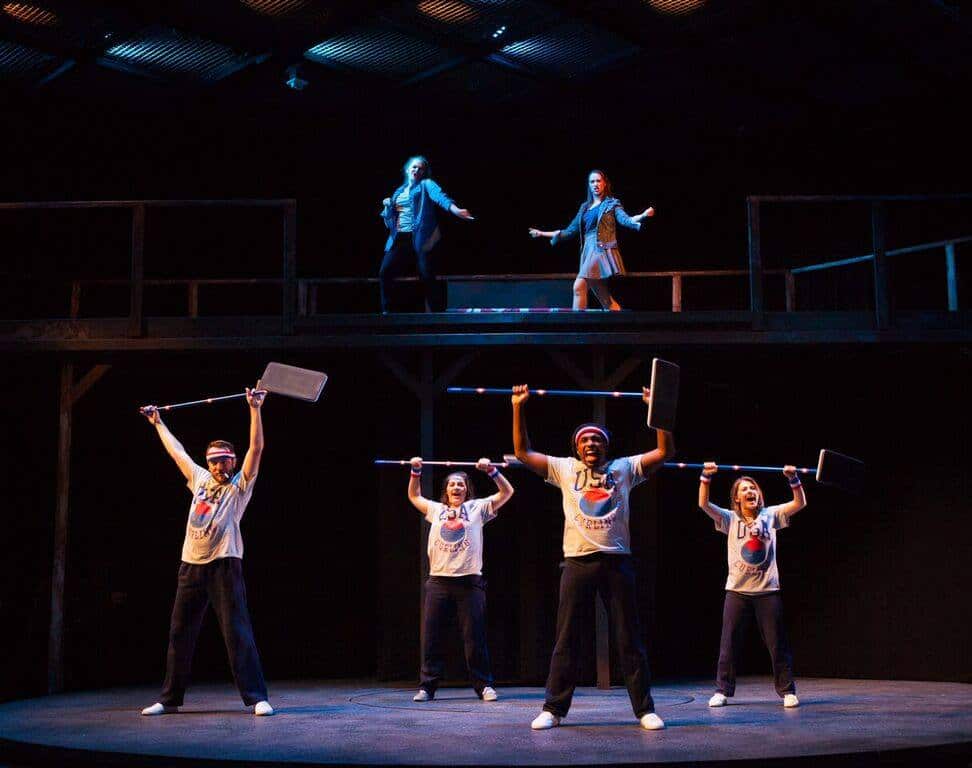 Flying V Theatre has joined the Theatre Consortium of Silver Spring, taking the place of Forum Theatre, which folded at the end of July.

“We had been performing about once a year for the last couple of years at the Silver Spring Black Box, and I think we always hoped that if there had been a spot that opened up, the we might be able to make that a home of ours,” said Jason Schlafstein, the producing artistic director and a founder. “It’s a really amazing building and we love it.

“The hope was never that a company would go out of business, but would grow to find their own space,” he added.

The company applied for the Forum spot and went through the interview process, and Schlafstein thought that having had previous experiences in the space may have influenced the consortium’s choice.

“We had already shown a dedication to Silver Spring,” he said, noting they’d also produced a show at Bump ’n Grind. “We were able to take over the space, which is really exciting.”

Schlafstein described the company as “your friendly neighborhood indie theater,” which is now beginning a ninth season focused on original work that’s both scripted and devised.

“Everything we do is built on wanting to inspire people to want to live life more, with a pop culture sensibility,” he said. “That’s really what the heart of what we are is. What we do is we create work that explores the intimate nature of the human condition set against big, high-concept backdrops.”

For example, one recent production was set in a world where poetry replaced violence as the means of combat on the high seas. The show was filled with pirates and puns, but also offered a land-versus-sea metaphor about the questions one wrestles with while growing up as a child of divorce.

The company also put on a show titled “Be Awesome: A Theatrical Mixtape of the 90s” that featured live-action music videos set to 90s music.

“It was really a story about a guy who is, at the age of 30, diagnosed with Stage 4 brain cancer, [and] he’s terminal and his wife is eight months pregnant,” Schlafstein said. “So the whole show is [about] building a mix tape for the daughter he’ll never get a chance to meet.”

In addition to Schlafstein, the group has a staff of four and a company of about 30 regular performers. While they will be in residence now at the Black Box, the company will continue to split time with productions in Bethesda and hope to one day expand to serve the entire county.

“We’re expanding and looking to redefine what theater can be,” Schlafstein said, “so in addition to continuing to do our main stage programming, we’re going to be expanding into audio drama and scripted podcasts, interactive gaming with theatrical elements, and professional wrestling to continue to expand the form of what theatrical story-telling can be.”

The company already has three events planned for the Black Box in January.

One is Aegon’s Conquest, a daylong, interactive, tabletop game for 32 players (eight teams of four players each) set in the world of Game of Thrones, a hit series from HBO.

Developed by Defy Danger, a local gaming group, Flying V will add theatrical elements, such as lighting and music, as the players compete on Jan. 19 to sit upon the Iron Throne of Westeros.

Top photo from “It’s The Rest Of The World That Looks So Small: A Theatrical Revue of Jonathan Coulton.” Top row (l-r): Kristin Cardinal, Ashley Zielinski. Bottom row (l-r): Scott Abernethy, Gianna Rapp, Carl Williams, Tori Meyers. Photo below from “You, Or Whatever I Can Get,” featuring Suzanne Edgar, Farrell Parker, Vaughn Irving, Doug Wilder. Both productions were staged at the Silver Spring Black Box Theatre. Photos are by Ryan Maxwell Photography, used with permission. 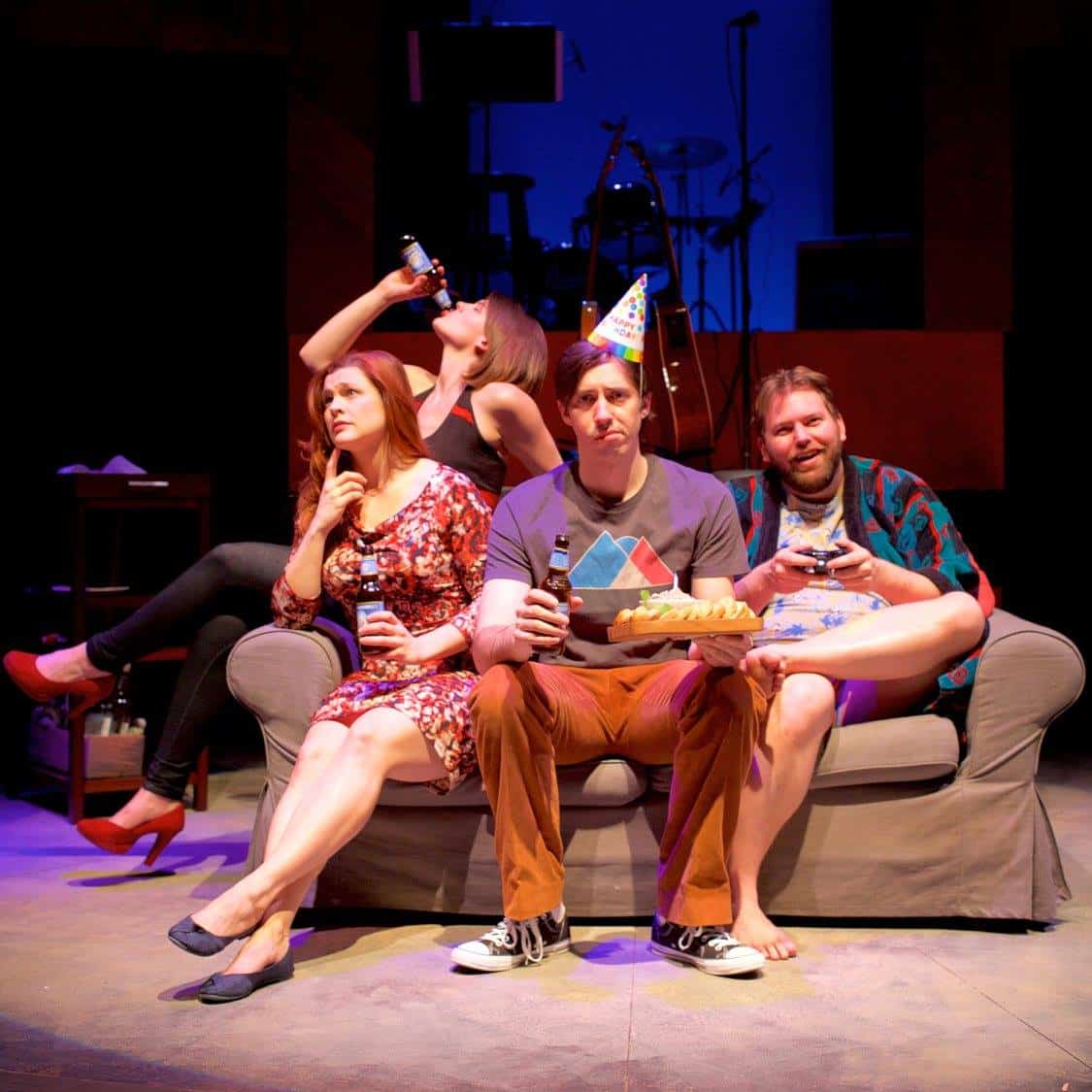