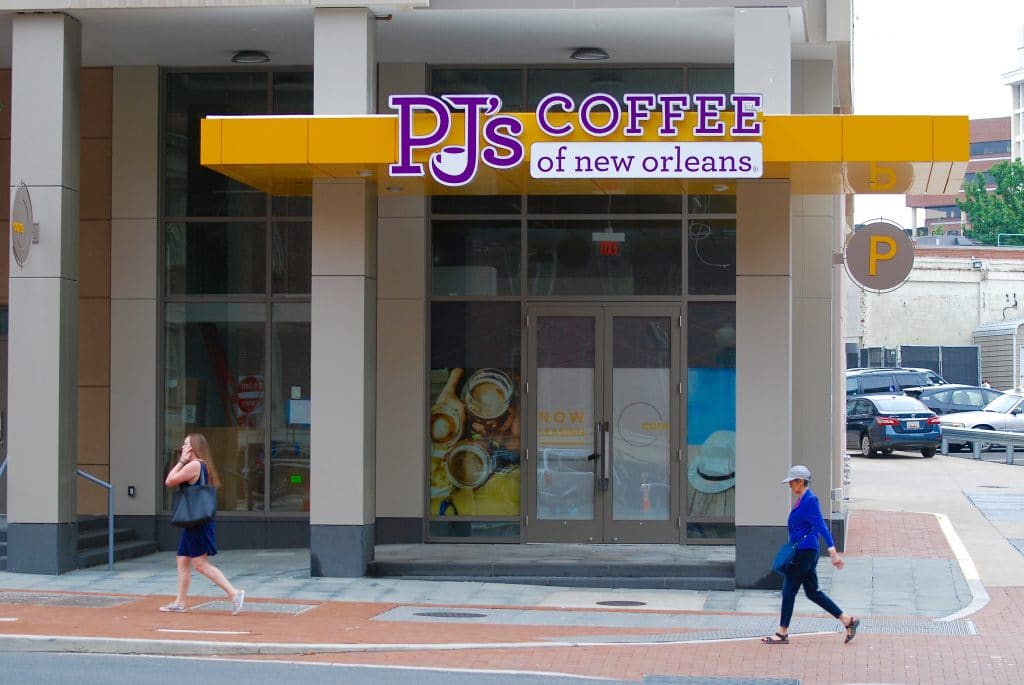 The first of five PJ’s Coffee of New Orleans locations planned for the metropolitan area is scheduled to open this month on the ground level of The Core apartments at 8621 Georgia Ave.

Deepak, Sunil and Sabina Shrestha, along with Shaq Qureshi, will operate the franchise, one of five planned area locations, according to a company press release.

“PJ’s Coffee is a household brand name in the South,” said Deepak Shrestha. “We are confident that PJ’s Coffee will be well received in the mid-Atlantic communities as it becomes a neighborhood staple and continues to expand its footprint nationwide.”

“Expanding our reach nationally has been a goal of PJ’s Coffee for some time. The addition of the Silver Spring, Maryland location is a defining step toward that goal for the brand,” said David Mesa, executive vice president and chief development officer. “We have a high level of confidence in this franchise group’s ability to represent and grow the brand in this region, and look forward to the addition of more locations.”

The PJ’s menu includes a variety of iced, frozen, hot, cold brew, and nitro-infused coffees, along with teas, smoothies and breakfast pastries.