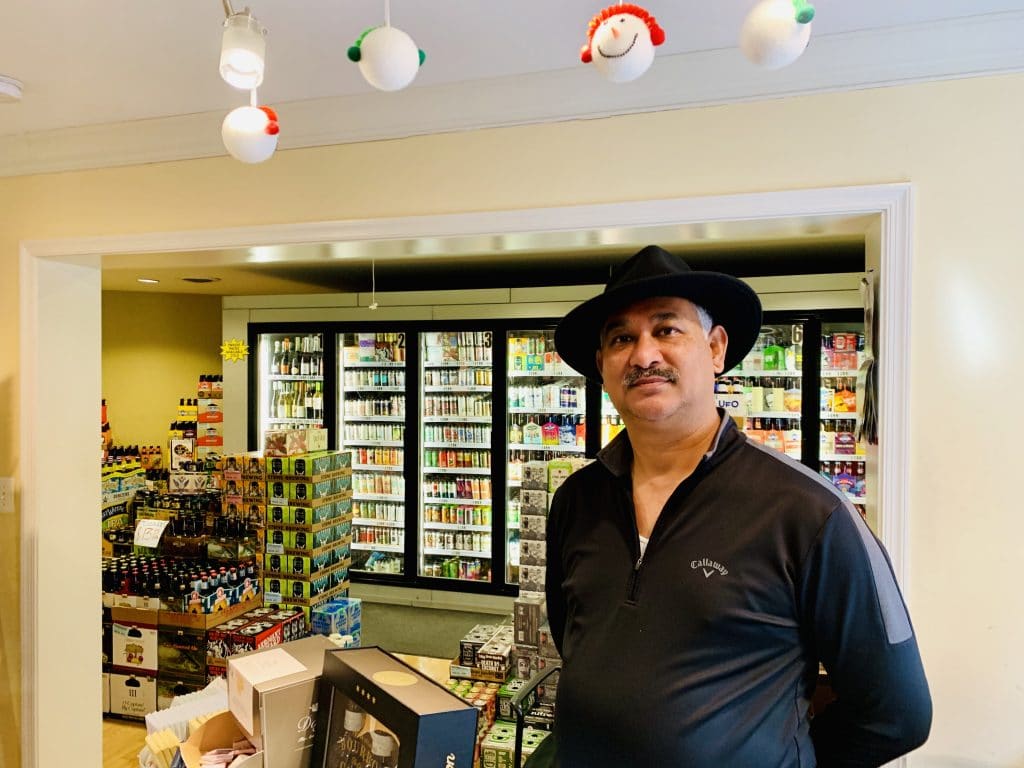 Shresthra and his wife Cathy opened the shop, which specializes in craft beer and boutique wines, with a soft opening at the end of 2009, then officially opened in January 2010.

Shresthra expanded the shop, located at the corner of Second Avenue and Fenwick Lane,  in 2014, adding floor space and a bank of coolers.

The business will mark the anniversary with a celebratory ribbon cutting at noon on Saturday with representatives of the Great Silver Spring Chamber of Commerce, Shresthra said.

The store currently has between 700 and 800 beers in stock, Shresthra said. He finds vendors through his own research and then works with the county’s Alcohol Beverage Services to get the products into the store.

About 80 percent of the wines he carries are not generally available in the market, Shresthra added, and come from small producers.

Fenwick Beer & Wine was named to Washington City Paper’s Best of D.C.—Place to Buy Beer each year from 2013–2017, until he stopped participating, Shresthra said.

The celebration will include a free t-shirt giveaway (while supplies last), light snacks, and 20 percent off of all the products in the store (excluding sale items).

In addition, the will be free tastings of Portuguese wines from noon–2 p.m., and beer tastings from Devils Backbone Brewing Company from 3–6 p.m.