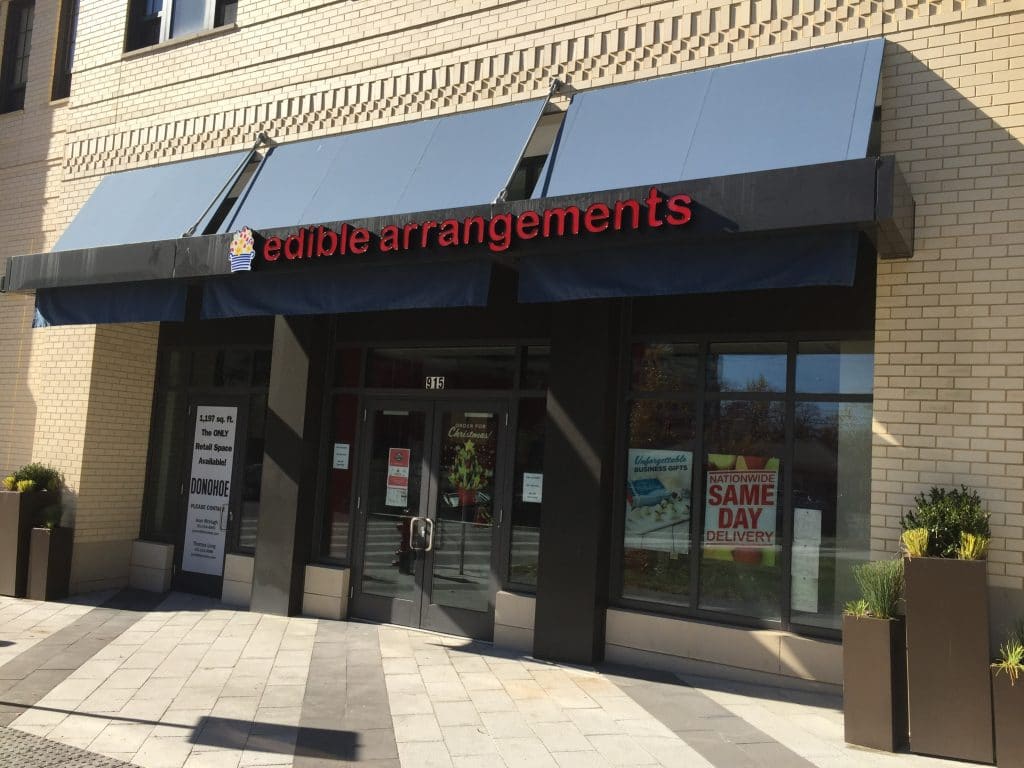 Edible Arrangements’ new location at 915 Bonifant St. is about three to four weeks away from opening, according to owner Michael Pope.

The store equipment arrived last week and he’s expecting computer systems to be delivered this week.

“We’re about 90 percent there,” he said, adding that his employees need to be trained as well.

In the meantime, local residents can order arrangements for the holidays or other occasions to be delivered from his Rockville store at 5050C Nicholson Lane, 301.230.4544.

He plans to hold a grand opening shortly after the initial opening.

As previously reported, Edible Arrangements features fresh-cut fruit formed to look like flower arrangements, as well as chocolate-dipped fruit. The Silver Spring location will also offer smoothies and fruit parfaits, among other items.