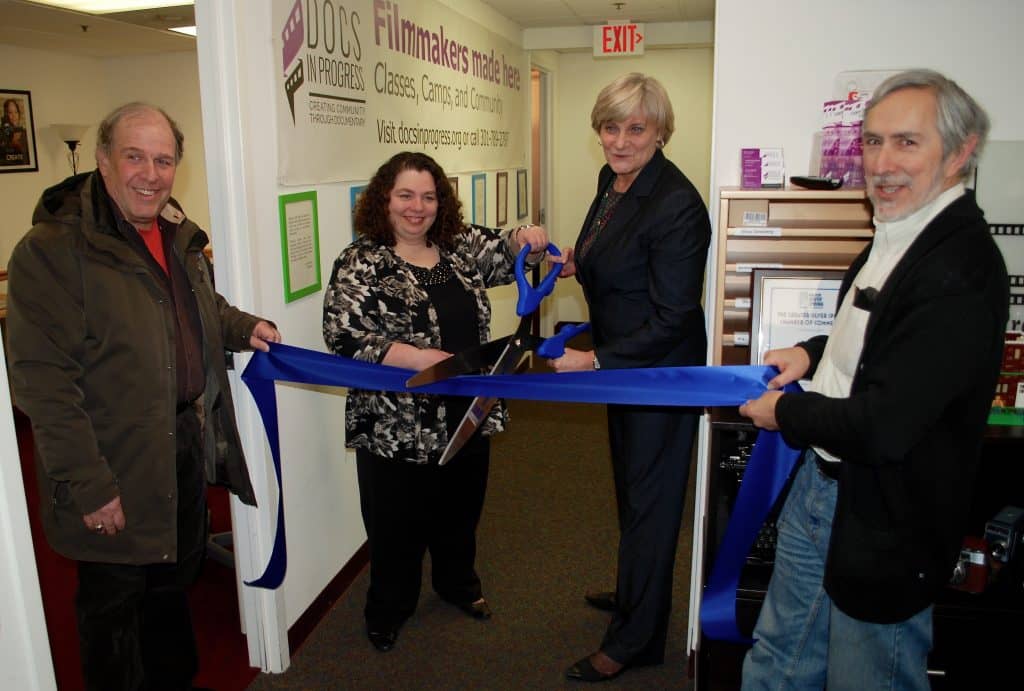 Docs in Progress, the Silver Spring-based nonprofit devoted to educating and supporting documentary filmmakers, celebrated moving into its new headquarters with a ribbon-cutting ceremony Tuesday evening.

The group moved into 801 Wayne Ave., Suite G-100 during the first week in January and began offering classes there last weekend, said Executive Director Erica Ginsberg, who is happy they found space downtown.

“That was a big thing for us, to stay in Silver Spring,” she said. “It has a good community in and of itself, but it’s also convenient for a lot of our constituency who are Metro-dependent. We have people coming from all over the D.C. metro area.”

The group formerly occupied a house on First Street, which was a different environment from the new space.

“If you ask anybody who’s a long-time Docs in Progress person, they’ll say the same thing as me, which is that they miss the charm of the house,” Ginsberg said. “There’s something about being in a house and learning and teaching, filmmaking in a house that I think a lot of people just really felt un-intimidated.

“We’re trying to do as much as is possible in an office space is to kind of retain that home-y feeling so that when people come here . . . they can still feel like this is the new documentary house,” she added.

One thing she doesn’t miss is being responsible for much of the maintenance of their former home—lawn care, snow removal, trash removal—so the staff can focus more time on programs. The office is not suitable for things like summer camps, Ginsberg said, so they’ve formed a partnership with Takoma Park to do camps at the city’s community center.

The unexpected move meant unexpected expenses, so the group undertook a campaign to raise $15,000 and exceeded the goal by about $1,000. 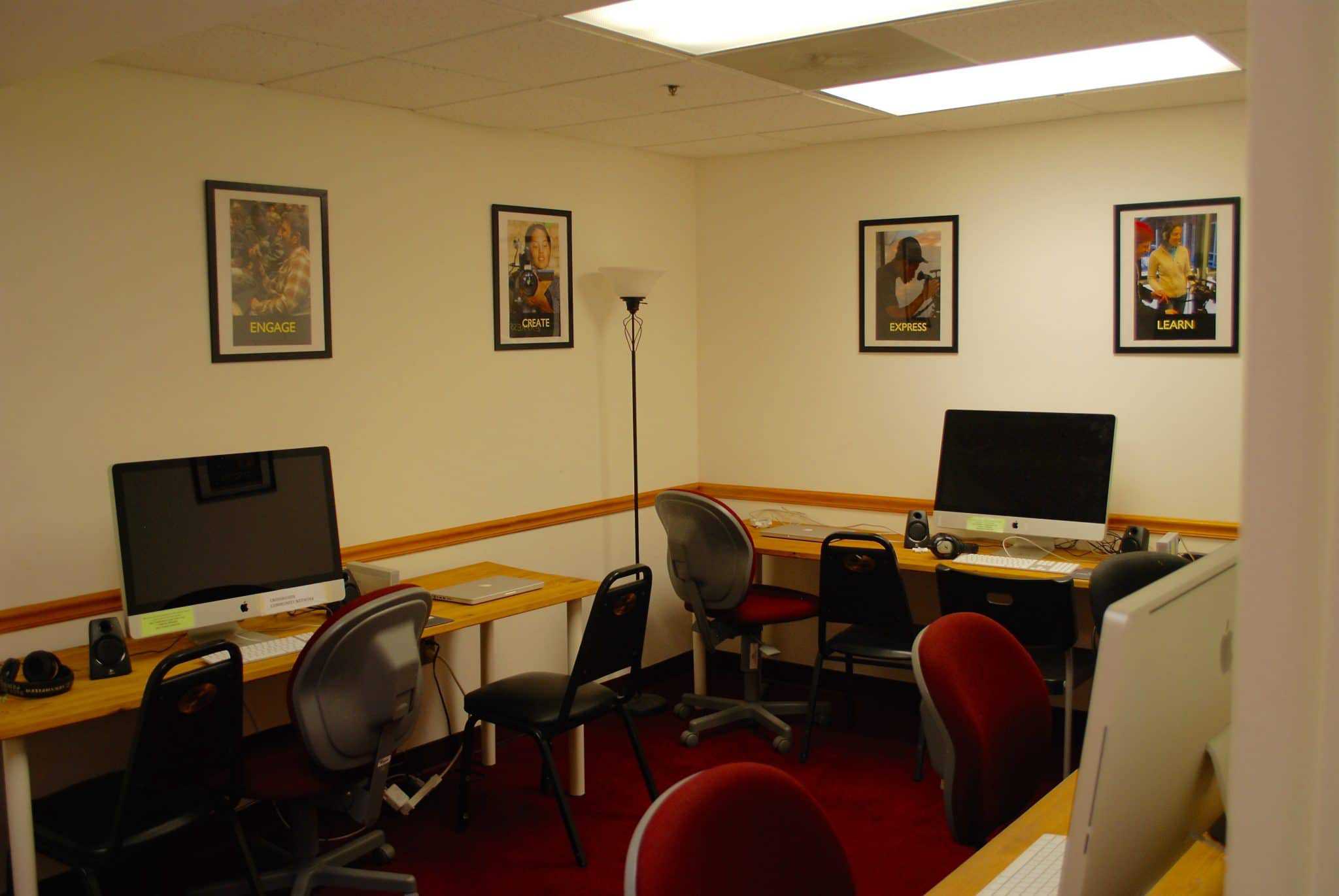 Editing room at Docs in Progress. Photo by Mike Diegel.