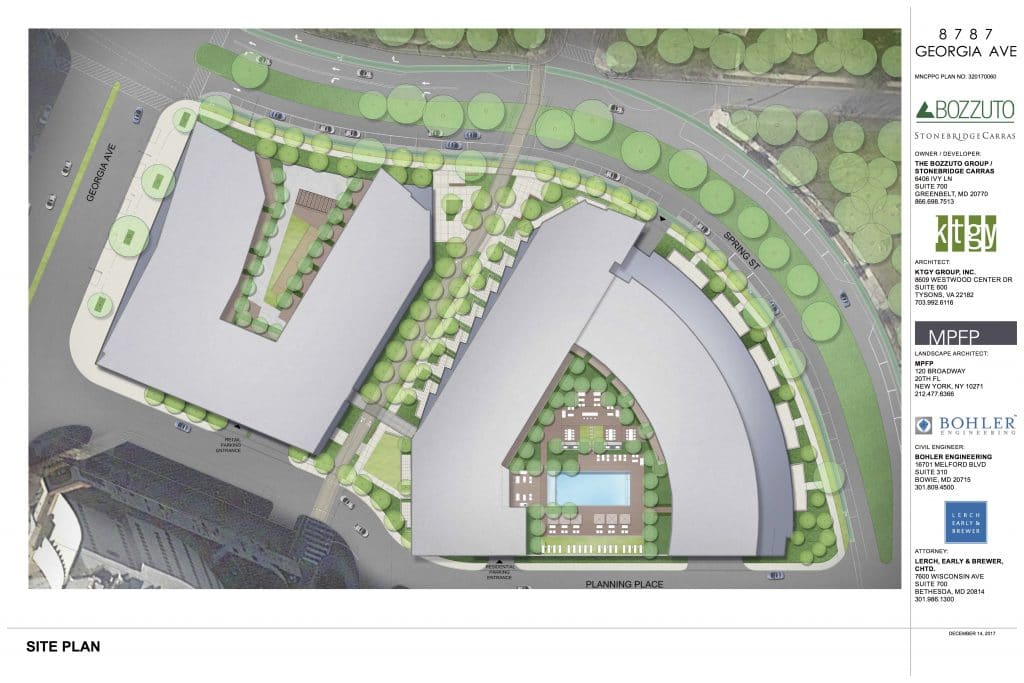 About a dozen people attended a meeting last night to review project plans for the site at 8787 Georgia Ave. (currently occupied by Park and Planning Headquarters) prior to the submission of the Preliminary Plan and Site Plan.

The project, a joint venture between Bozzuto Development and StonebridgeCarras LLC, calls for a mixed-use development with up to 400 apartments and about 32,000 square feet of non-residential use, primarily retail.

Between the two buildings, “we’re building in a 12-foot bike path and it’s about a 16-foot bikeways zone . . . that connects to the rest of the Silver Spring bike system,” said Alisa Rosenberg, development manager for Bozzuto. There also will be community-gathering spaces at each end of the path.

Some residential units’ front doors will open on to the bikeway zone and to Spring Street, she said, to help activate those areas. Those units will have step-backs as well.

Several attendees asked about building heights. The highest point will be about 85 feet tall along Georgia Avenue, Rosenberg said, then the complex steps down as much as two floors to about 65 feet along Spring Street.

For comparison, she added, the Sheraton Hotel next door is 143 feet high while the building across Georgia is 162 feet high.

The developers also changed the traffic pattern so that all loading docks and entrances to the parking garages are along Planning Place, which runs between Georgia and Spring.

One attendee was concerned with the effect on Spring Street traffic when vehicles exiting Planning Place want to make a left turn. The developers said they are still working with the Planning Department and Department of Transportation on how best to handle that traffic, but noted that a DOT plan to reroute Fairview Road through the park to line up with the Planning Place exit was effectively shot down by community opposition.

The developers intend to submit the Preliminary Plan and Site Plan to the Planning Department next month, where it will go through the review process, including additional public input.

The developers plan to use neutral and wood tones on the buildings’ exterior. Rendering view of the corner of Georgia and Spring courtesy Bozzuto Development. 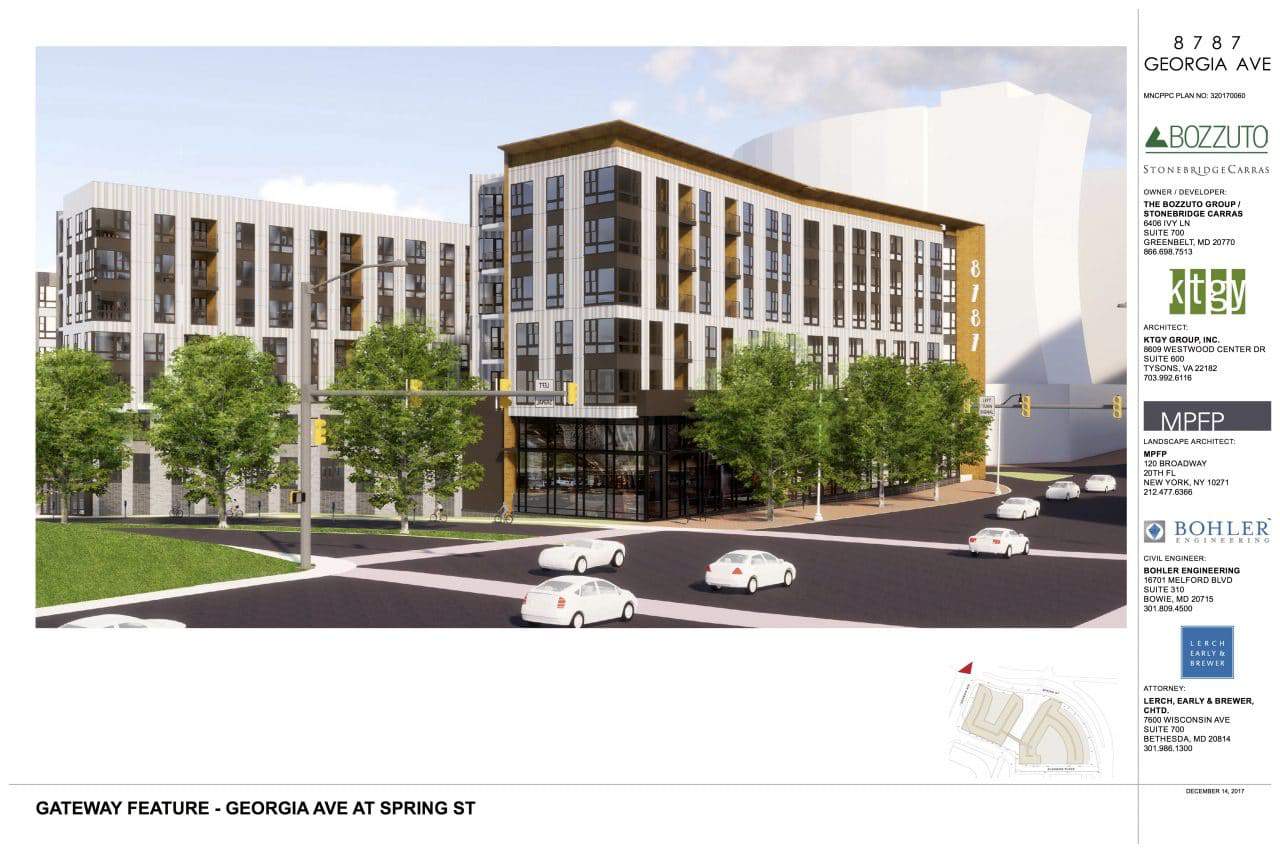