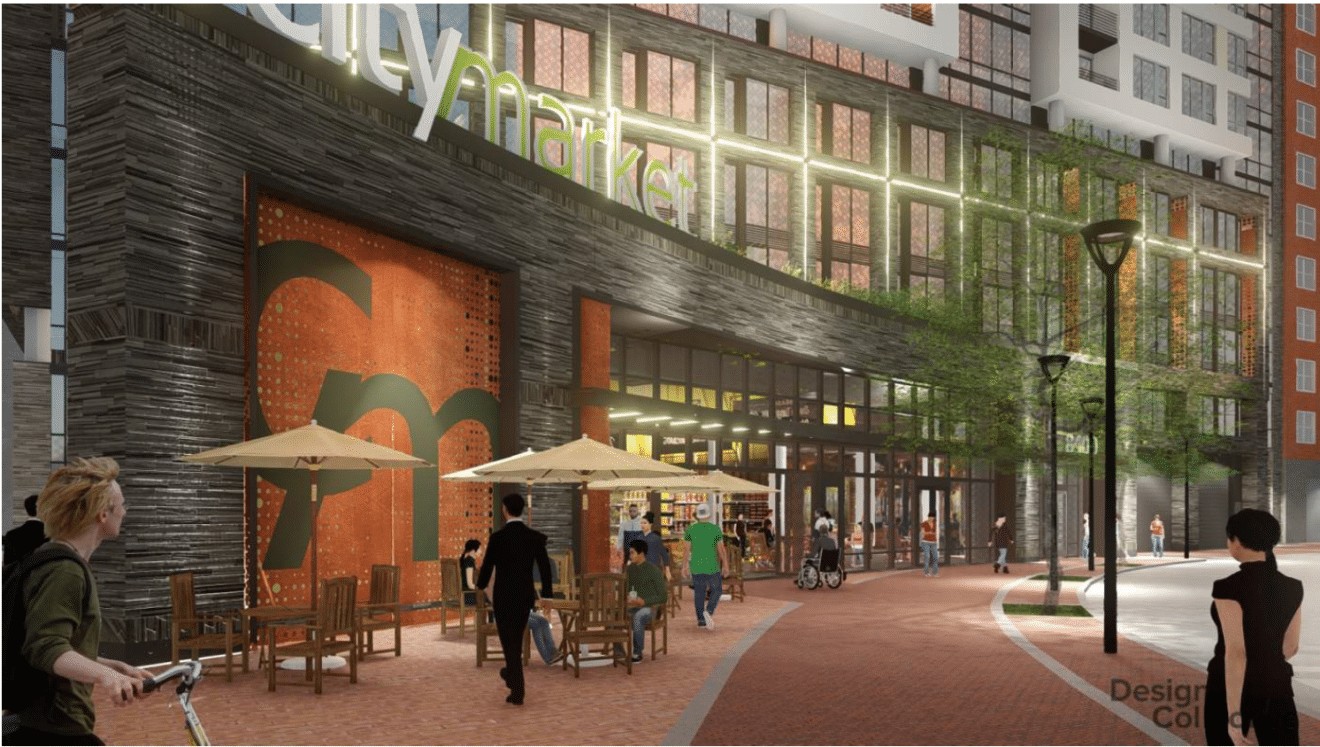 Washington Property Company has entered into a contract with Colichio Consulting to assist with the establishment of a food hall/city market in its next Silver Spring apartment project, Solaire 8200 Dixon, the company announced.

The market concept was first revealed by in May by Charles K. Nulsen III, WPC president, in an interview with the Source.

The company originally thought to put a niche grocery store on the first floor, Nulsen said at the time.

“That didn’t work out, primarily because of the visibility of the location, and so we shifted to what we consider to be kind of an urban market/food hall that’s really become kind of successful and popular,” he said in May. “It’s a Union Market in a much smaller space, but it’s destination driven, community driven and very fun.”

The new development will be located on Dixon Avenue on the former site of Progress Place, next to the current Solaire Silver Spring at 1150 Ripley St.

Colicchio Consulting, part of Cushman & Wakefield, will help plan, design, program, and set up the food hall/city market, including choosing an operator and vendors, the announcement said. The company specializes in specialty food and beverage consulting and has most recently focused on food halls nationwide.

The market will occupy about 15,000 square feet on the ground floor of a 26-story building, which will be the tallest in Silver Spring.

“We’re very excited to bring the first food hall and city market to this landmark location in Montgomery County, just a five-minute walk from Metro,” said Nulsen in the release. “Our new destination will provide an altogether different dining experience for residents and visitors, while providing opportunities for local entrepreneurs to grow their businesses.”

The building plans include 403 apartments, a rooftop fitness center, pool, and sky lounge, along with a clubroom, co-working facilities, catering kitchen, 24-hour concierge and package service, and pet spa, among other amenities.

It is now scheduled for a groundbreaking in early 2020, WPC said, a postponement from a planned start this month.