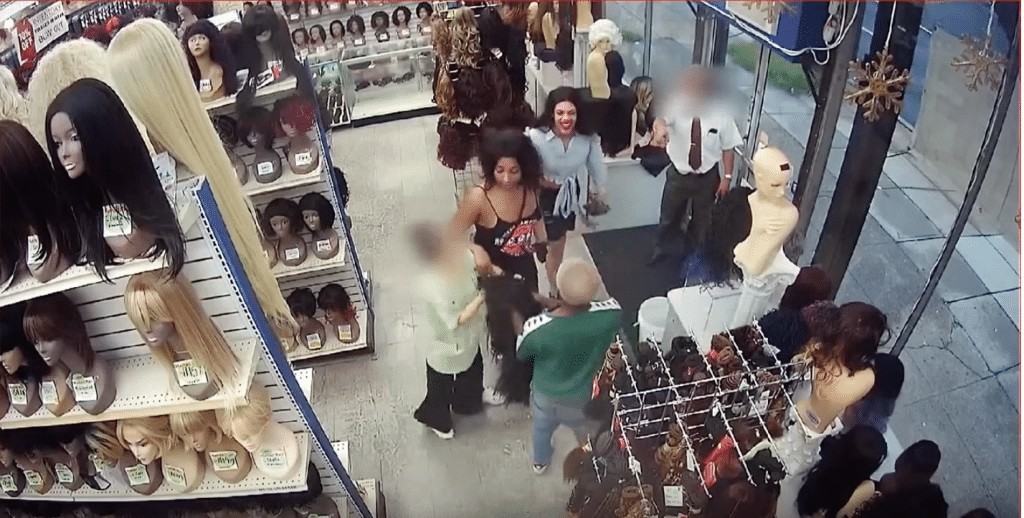 Screenshot of surveillance video showing suspects in robbery; victim’s faces are blurred out.

Montgomery County detectives are looking for the public’s help to identify three suspects in a robbery and assault in downtown Silver Spring, according to a press release.

The incident occurred shortly before 7 p.m. on Friday, July 27 at Esther’s Beauty Salon/Supplies at 9309 Georgia Ave.

According to the department, “three suspects entered the store and attempted to steal wigs. As the two employees, a 74-year-old male and a 59-year-old female, attempted to prevent this theft, they were assaulted and pepper sprayed by the suspects.”

The male was cut on the head; both victims were taken to a local hospital with non-life-threatening injuries. The suspects got away with one wig.

The department has released surveillance video of the incident, and asks that anyone who has information about the robbery or the suspects call the Major Crimes Division at 240.773.5070.