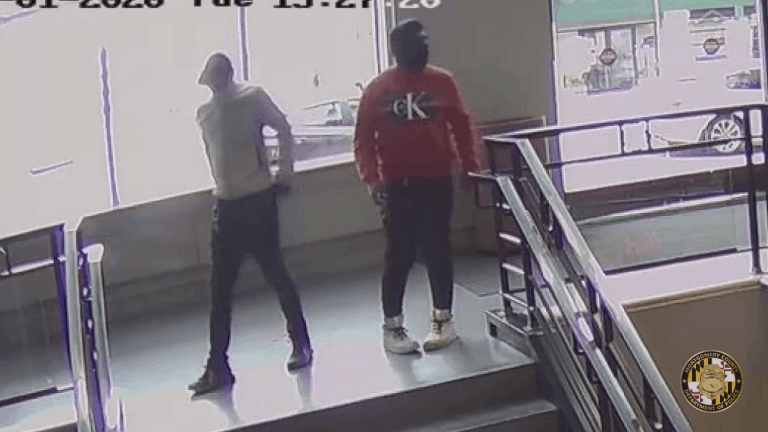 Detectives with the county police department’s 3rd District Investigative Section are investigating the robbery of two people in Ellsworth Place and are asking for help to identify the suspects.

The incident occurred at about 1:45 p.m. on Dec. 1 and the victims were a male and a female. Both suspects are male and the department has released surveillance video of the two in hopes someone can assist with identification.

The suspects entered the mall at the Fenton Street and Roeder Road entrance.

“The suspects confronted and assaulted the two victims as the victims were attempting to exit the mall at Fenton Street and Roeder Road,” according to a department press release. “During the assault, the suspects stole property from the victims and fled outside the mall.”

The two were then seen fleeing the area in a silver Chevy Monte Carlo.

Anyone who has information about the suspects or the incident can call the 3rd District Investigative Section at 240.773.6870.

Anonymous tips can be called in to Crime Solvers of Montgomery County toll-free at 1.866.411.TIPS (8477), or information can be submitted anonymously online. Crime Solvers may pay a reward up to $10,000 for information that leads to an arrest in the case.

Photos and video from MCPD