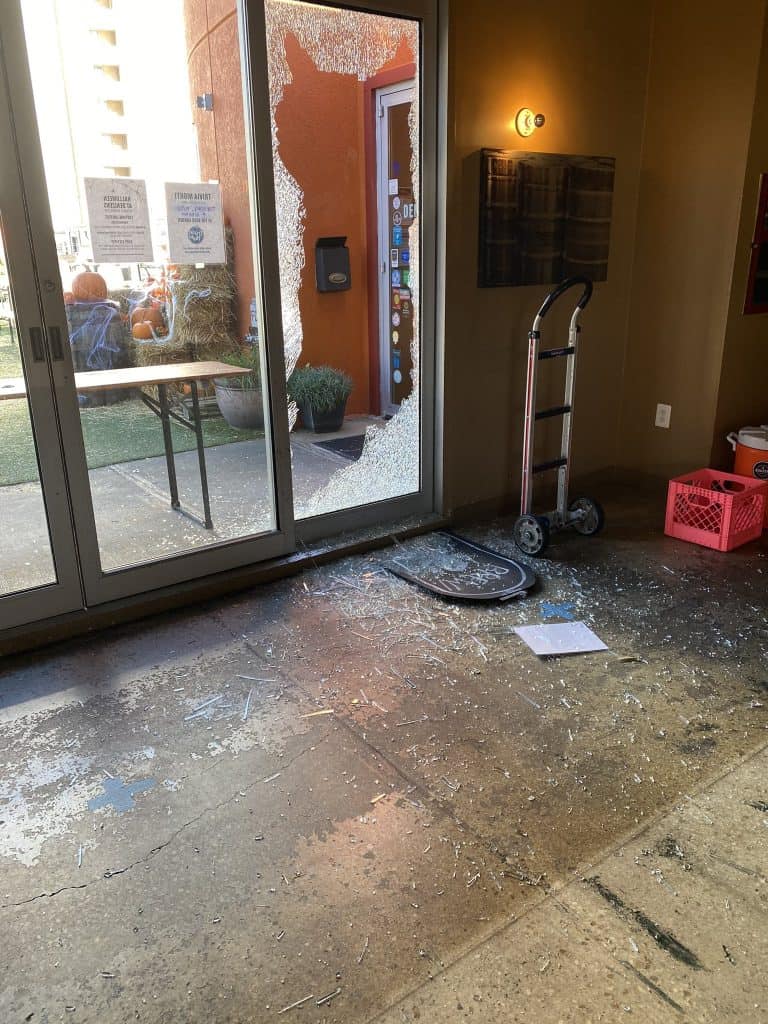 “We got a call from our alarm company at about 9:25 a.m.,” she said. “We went over to the building immediately. On the camera, you could see that the guy broke in right as the alarm company called on Sunday morning.

“We went over there and discovered the broken window,” she continued. “The cops showed up shortly after that and we filed a police report.

“He caused thousands of dollars in damage be smashing the window pane the way that he did, but in terms of what he actually took, it was only a few bottles of alcohol,” Verratti said.

The window will cost about $3,000 to replace. The loss is covered by insurance with a $1,000 deductible, Verratti said, so they are working with their broker to determine whether or not to make a claim.

“Many people have reached out and asked me if we’re doing a GoFundMe or Venmo or anything like that,” Verratti said. “We’re not going to be doing that, but it’s been really, really heartening to see just how much the community has rallied behind to support [us], and we’re feeling so incredibly grateful for that.”

Verrati is asking those who want to help in some way to find a cause and donate to it. For example, this Friday, the brewery will re-release the Woman, You Nasty brew originally released in 2017 for the inauguration.

In addition, she urged the community to support local businesses.