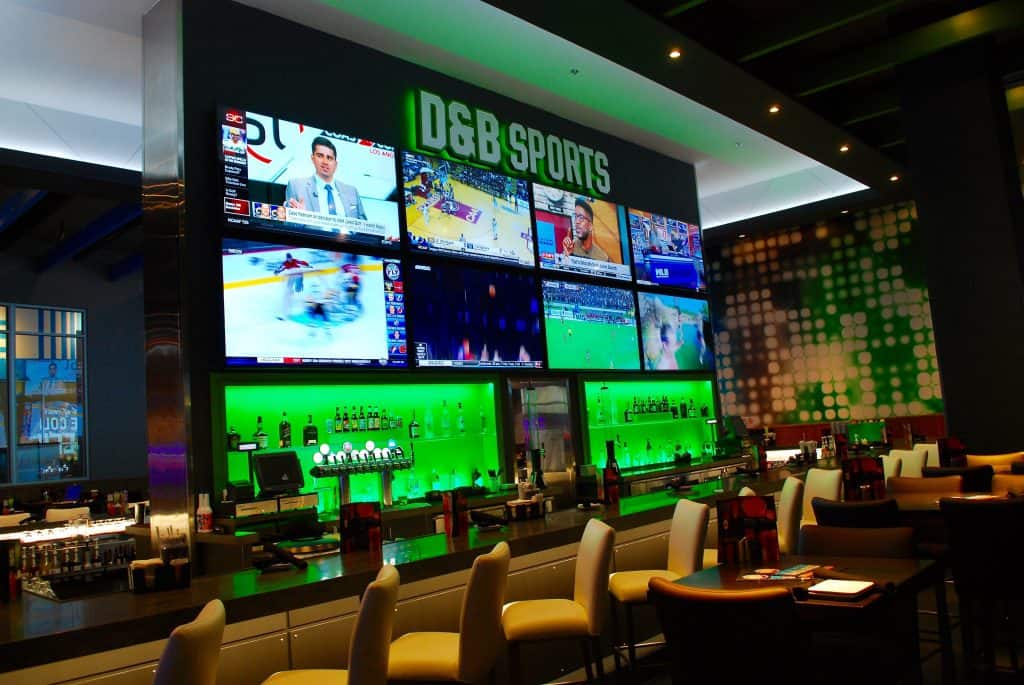 A sports bar is one of the central features in Dave & Buster’s. Photo by Mike Diegel.

Dave & Buster’s will open its 40,000-square-foot entertainment and amusement venue on Nov. 21, bringing about 250 jobs to the area, according to Andy Smith, general manager of the Ellsworth Place location in downtown Silver Spring.

The venue is the third location in Maryland and brings the company back to Montgomery County a little more than three years after its White Flint location was closed.

Without getting into specific numbers for projected sales volume, Smith said the tax revenue generated from the location “will be significant. Realize that the other locations [in the area] are in the multiple millions of dollars in sales [in] each location.

The new location includes more than 160 of the latest games, including Ghostbusters, Star Wars Battle Pod and Star Trek, a sports bar with multiple HDTVs, more HDTVs placed all around the venue, a quieter eating area and several special event spaces for 15 to 85 people. The sport lounge can be rented for up to 120 people. The entire venue can hold 1,800 people and also is available for private events.

“Our target demographic is the play young adults, primarily,” said Smith, who’s been with the company almost 10 years.

“You’re looking at 21 to 35 years olds,” he continued. “You eat, you play, you drink, you watch. Clearly, we’re very family-friendly [and] we absolutely love everybody that comes in.”

Dave & Buster’s will feature weekly specials, football game specials and daily happy hours. It will operate from 11 a.m. to midnight Sunday—Thursday and be open until 2 a.m. Friday and Saturday.

This store opening marks the 90th location for the company, which was founded in in 1982 and has its headquarters in Dallas, Texas.

Video and photos below by Mike Diegel.