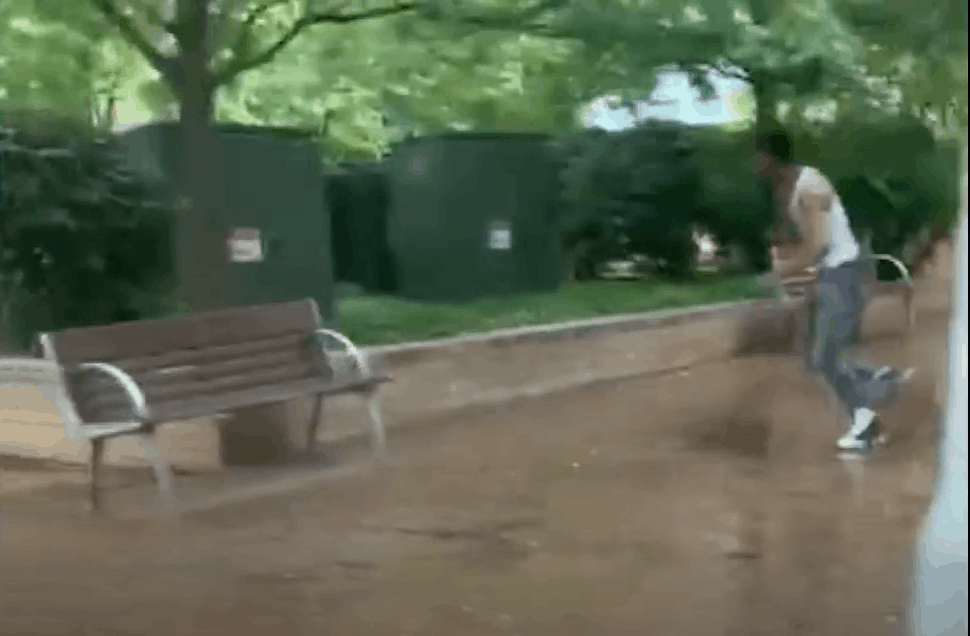 The Montgomery County police are asking for the public’s help to identify a suspect in a July 20 armed robbery in Silver Spring.

Detectives from the 3rd District Investigative Section have released a cell phone video of one of two suspects in the robbery that occurred in the 1200 block of East-West Highway.

Officers responded to call of a reported armed robbery at about 5:17 p.m.

“The victim stated to officers that he was outside walking when the two suspects approached him,” according to a department press release. “One suspect assaulted the victim with a screwdriver and the second suspect stole property from the victim. Both suspects fled the area on foot.”

The victim was not injured and police found the screwdriver in a nearby trashcan.

A witness filmed the video and called 911 after the suspects had fled.

Anyone who has information about the suspects or this armed robbery should call the 3rd District Investigative Section at 240.773.6870.

Screenshot from video posted by MCPD. Photo of suspect below from MCPD. 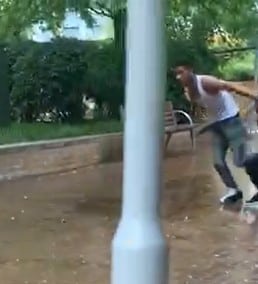