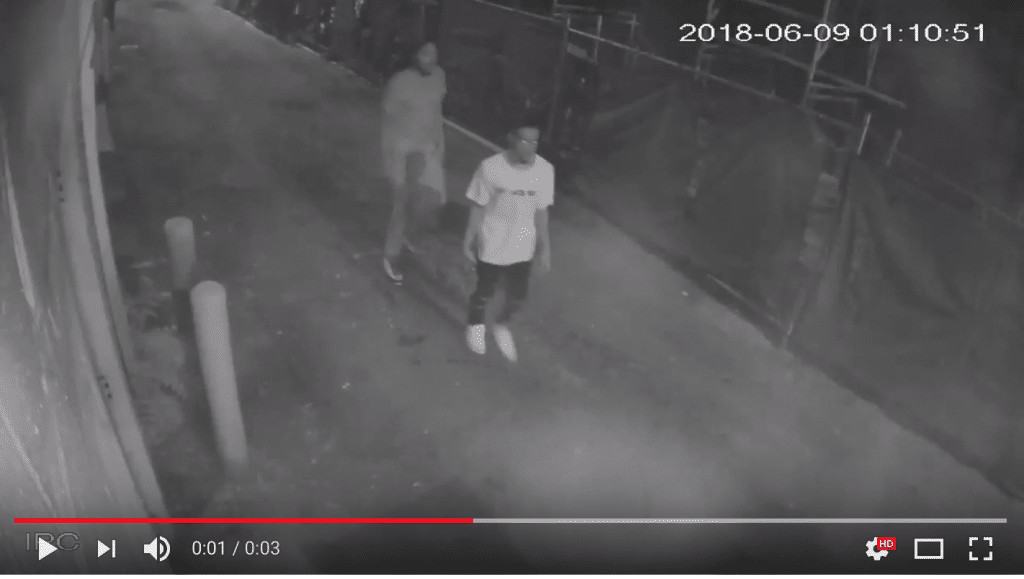 Montgomery County detectives are asking for the public help to identify two suspects in an investigation of multiple gunshots in downtown Silver Spring, according to a department press release.

The incident occurred at about 1:13 a.m. Friday, June 9 in the 8200 block of Georgia Avenue. Witnesses reported seeing two men chasing another male on Mayor Lane toward Silver Spring Avenue and a suspect with a handgun firing shots at the fleeing man.

The suspects were last seen on foot in the area of Mayor Lane toward Thayer Avenue. Officers located two spent shell casings in the area. Officers did not locate or identify the male who was running from the suspects.

The department has released surveillance video of the suspects, and asks that anyone who has information about the shooting or the suspects call the 3rd District Investigative Section at 240.773.6870.