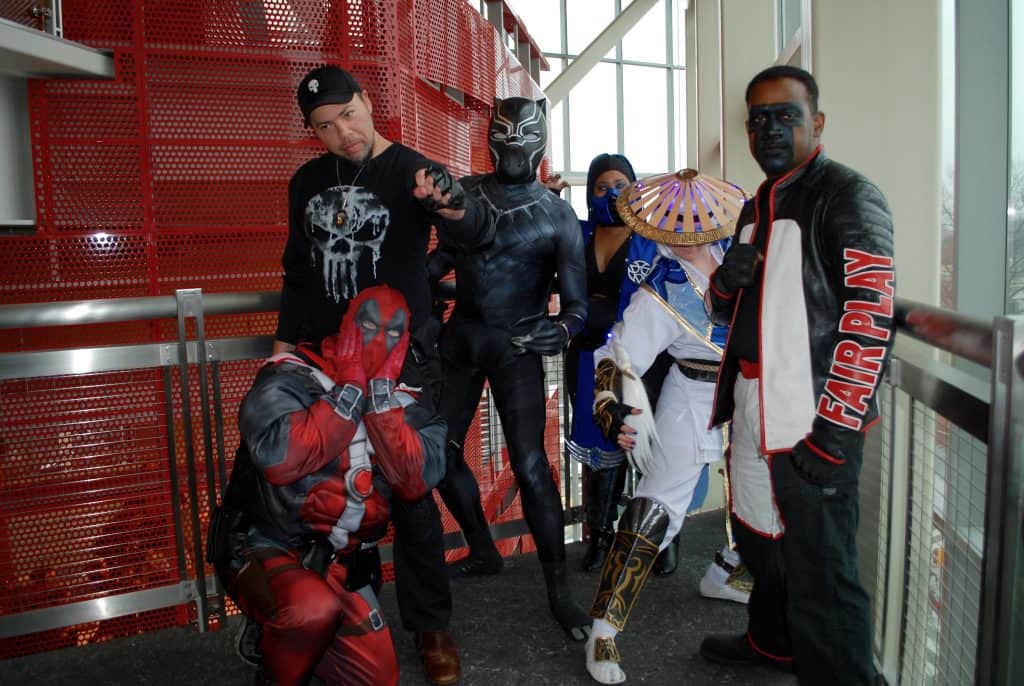 Exhibits, activities and events were held on three floors of the building, including game demonstrations, a virtual reality station, crafts, face painting, a room where gamers could play MInecraft and a selfie machine.

Various rooms were set up as “fandom” rooms, offering photo ops for devotees of Marvel or DC Comics, Pokemon and Harry Potter.

Many of the workshops, which included graphic design, science fiction and fantasy writing, how to draw comics, critiquing comics, and inexpensive ways to make or enhance costumes, were filled to capacity. Several were offered more than once during the afternoon for attendees interested in more than one topic.

Here are some photos from MoComCon. All photos by Mike Diegel.