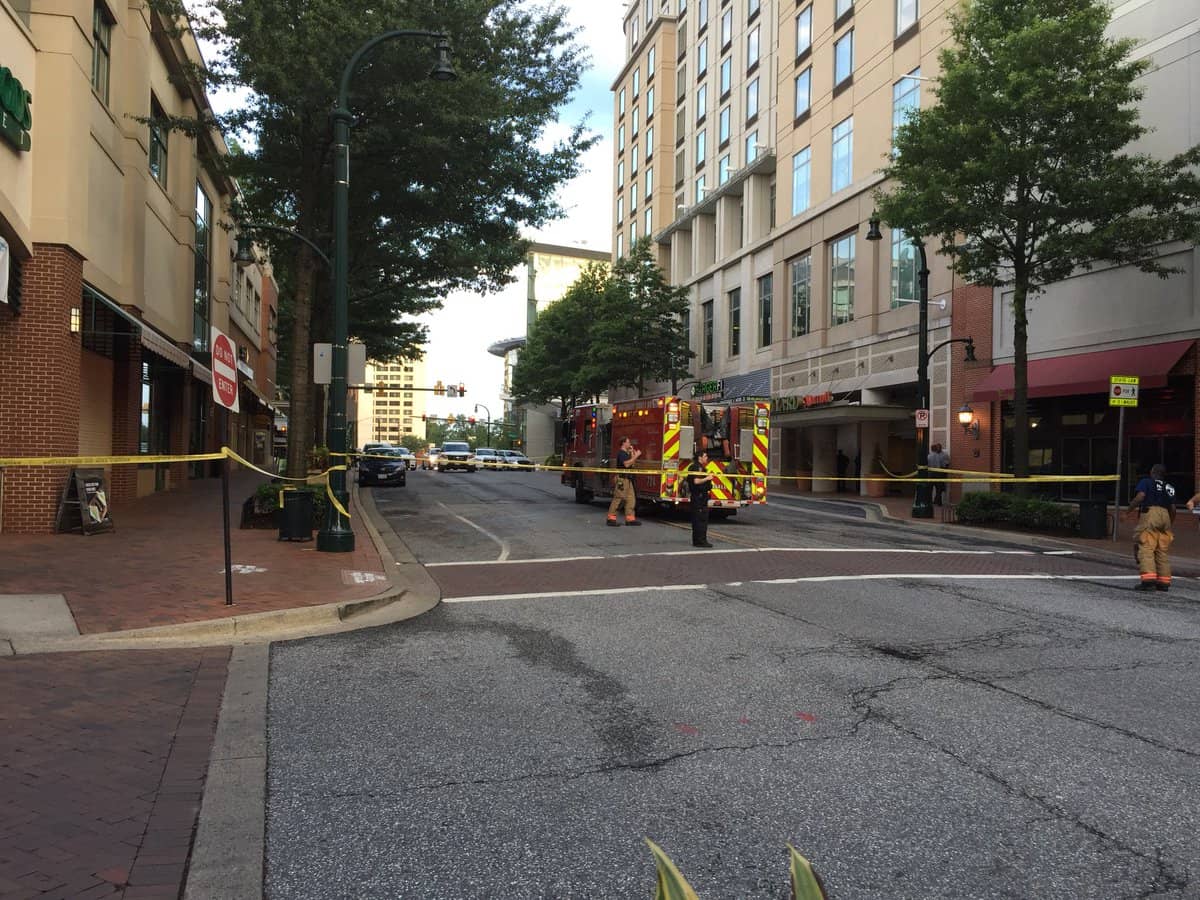 Detectives from the Montgomery County Police Department are investigating a stabbing that happened at about 5:40 p.m. yesterday.

The incident occurred in the 8500 block of Fenton Street, near Wayne Avenue. Police report that officers took an adult male suspect into custody.

The victim, another adult male, was taken to the hospital with what appeared to be non-life-threatening injuries.

“When I inquired with an officer searching Easley Street, he said they were looking for a black-handled knife, most likely with blood on it,” said East Silver Spring resident Eric Robbins in a tweet.

The department released additional information about the incident this afternoon.

Personnel from the county’s Fire and Rescue service were in the area at time, investigating a report of a gas odor and were able to provide police with a description of the suspect, a woman he was with and the direction they were last seen walking.

Police located Jonathan (Jo’Nathan) S. Worth, age 24, from the 8100 block of Georgia Avenue in Silver Spring and arrested him and his companion.

Worth and the victim, who were not known to each pother, police said, had argued as they walked on Ellsworth Drive. As they walked along Fenton Street, Worth stabbed the victim.

“Fire and Rescue responders provided treatment to the victim, a 24-year-old male, suffering from an apparent stab wound to the chest. He was transported to an area hospital for further treatment, and is currently in stable condition,” the release said.

Police determined the woman with Worth was not involved in the assault and she was released.