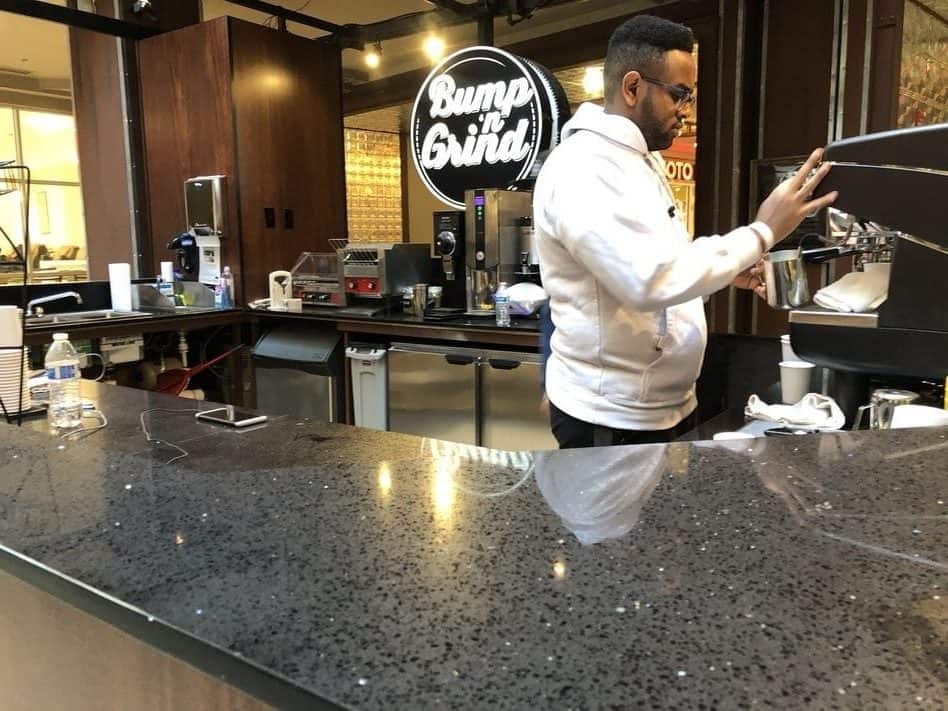 Bump ‘N Grind soft-opened its new kiosk at Ellsworth Place in Downtown Silver Spring yesterday, with a Grand Opening date of Tuesday, January 2, according to staff.

We originally reported in July that Bump ‘N Grind would be opening a kiosk in Ellsworth Place, in addition to its storefront at 1200 East-West Highway. Construction was well underway when we checked in again in October. Owner David Fogel told the Source via Messenger that he had hoped to open in early November, depending on the county’s expediency in the permitting process.

Currently just coffee and tea are being served, but a full menu will roll out next week, according to staff. The kiosk will offer Bump ’N Grind’s custom roasted coffees, espresso drinks, teas, juices, smoothies, an assortment of baked goods, and items to appeal to small children, who frequent a play area near the kiosk’s location.